The Cargo Heliplane is a new city set that will be available next summer, on the 2013’ second wave of sets. It has three hundred and forty three pieces that include the heliplane, a new ATV, three mini-figures (the pilot and two lumberjacks), a bunch of logs that include a rack and finally a grapple.

The big plane is absolutely outstanding and rather different from the usual airplanes. It brings an unusual feature of taking off and landing vertically in inhospitable place, such as the forests and at the same time is capable of flying just like a regular plane in order to transport the big wood logs, thanks to the two big propellers and its 90 degrees moving mechanism. 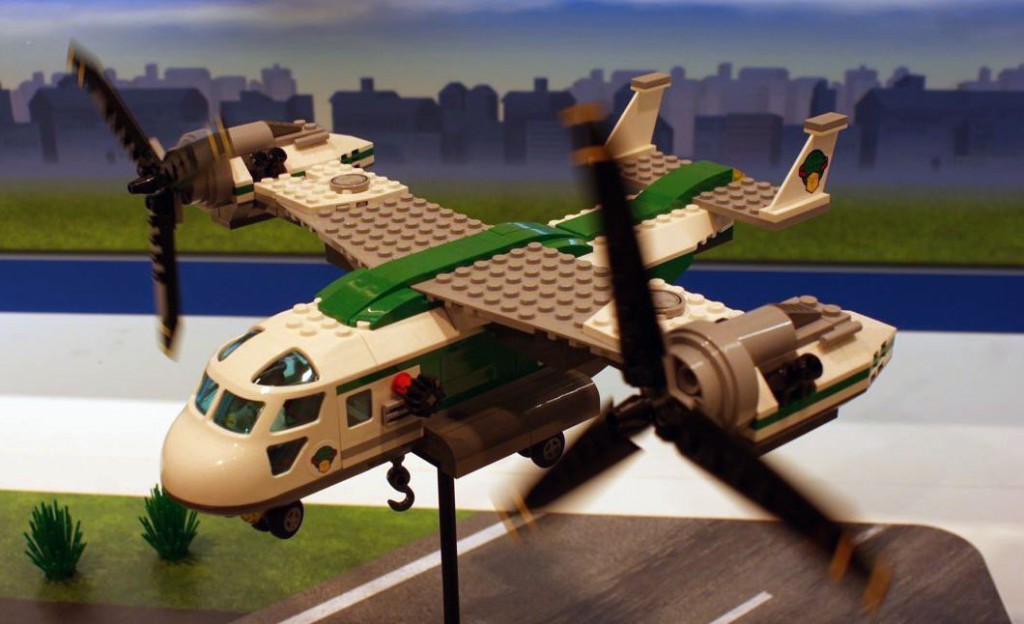 Having a close look, the cockpit is similar to other aircrafts,  END_OF_DOCUMENT_TOKEN_TO_BE_REPLACED