The figures are also END_OF_DOCUMENT_TOKEN_TO_BE_REPLACED 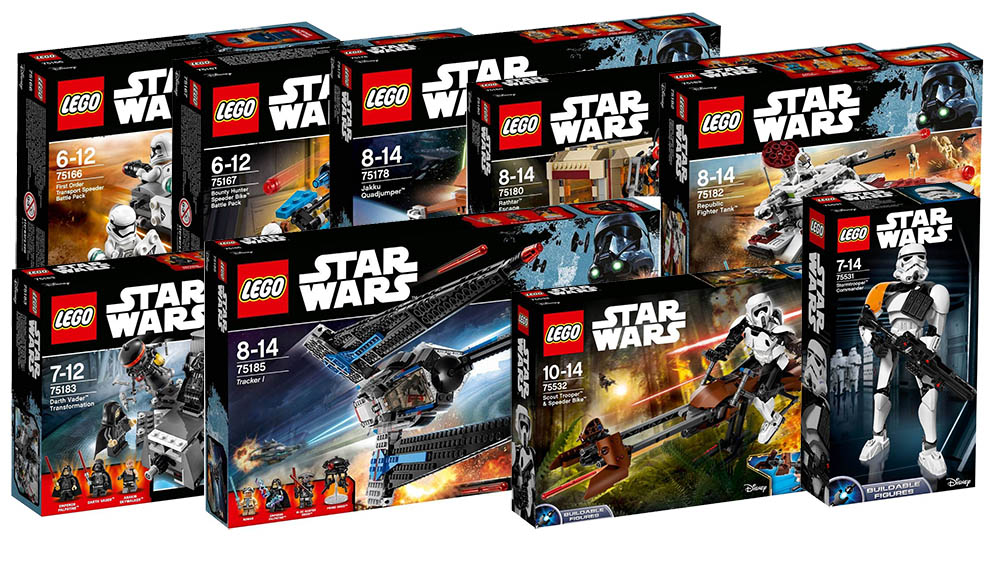 Have a look at END_OF_DOCUMENT_TOKEN_TO_BE_REPLACED

The first wave didn’t hit stores yet, most part of the details about January new sets are still a mystery and here we go for the summer set line for star wars! Just like every time, please consider this list as a rumor and the names might not be on their final version.

The prices go from the fifteen dollars of the battle packs to the ninety of the Freemaker adventures and among them there a few medium size sets with prices around the sixty/seventy dollars such as the death gang or the Star Wars The Force Awakens, the Quadjumper. All of them should be only available next June.

Have a look at the complete set list END_OF_DOCUMENT_TOKEN_TO_BE_REPLACED