The next Creator wave that will be on stores in the beginning of the year will present some really nice sets. Most of them were already known quite a while ago, but there were a couple that suffered a big speculation, particularly the Emerald Express, that almost all of us wished, that was a new release of the 2009 train, Emerald Night (10194).

In fact it is, but it’s only a sample with fifty six pieces and just all the other models, it offers three building possibilities. Looking at all of them, my favorite is absolutely the yellow Turbo Quad but I think that some of them, namely those with the animals will also delight the fans. 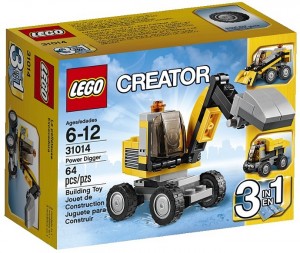