The Ocean Interceptor is a Dino’s set, released this year and it is a good but overpriced addition to the theme. The plain has exactly two hundred and twenty two pieces but thirty five dollars look a bit expensive, unfortunately looks like a theme tendency. The set has also, beside the hydroplane, two mini-figures, a small jet ski and of course the long pteranodon.

The plain’s skeleton is all made small colored pieces, some of them technique, which is unusual because it is very common those long bed pieces typical of the airplanes. The cockpit is interesting and different from everything but the controls could be improved. A simple radar is too short to control the vehicle. Some extra handles would be appreciated. 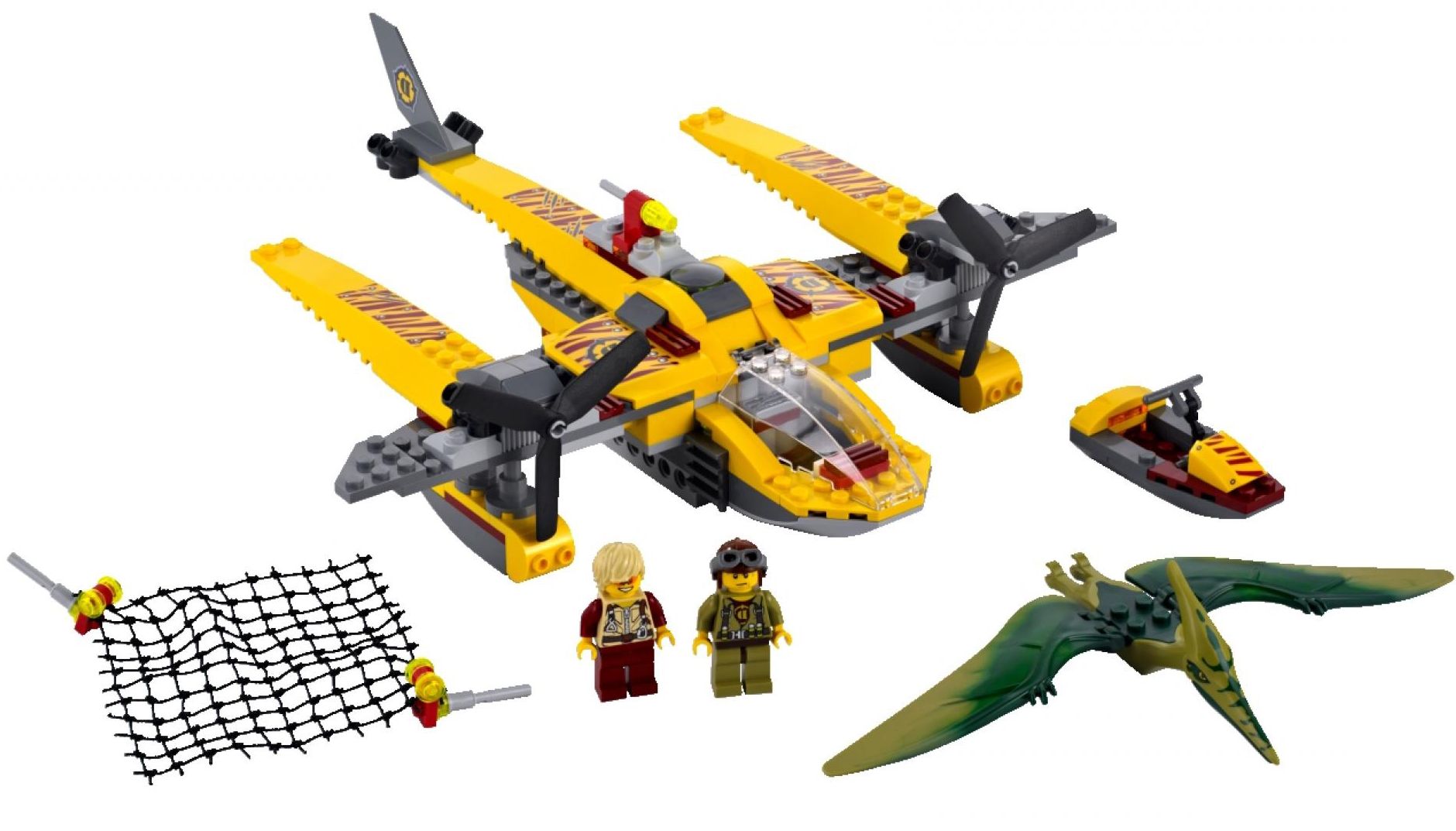 On the other hand, the windshield, which easily opens to increase the access and the playability, is very nice with plenty of aerodynamic. The tail is also a known piece, typical of city plains and even helicopters. At the top, a powerful tranquilizer missile will surely help to catch the dino.

The wings and the gliders are symmetric and are made with some nice unique pieces, specially the gliders. When they are done, they can be easily attached with a couple of pins to the plain’s body. Finally the two long yellow pieces, built at the end, give the plain the necessary balance for the risky maneuvers. 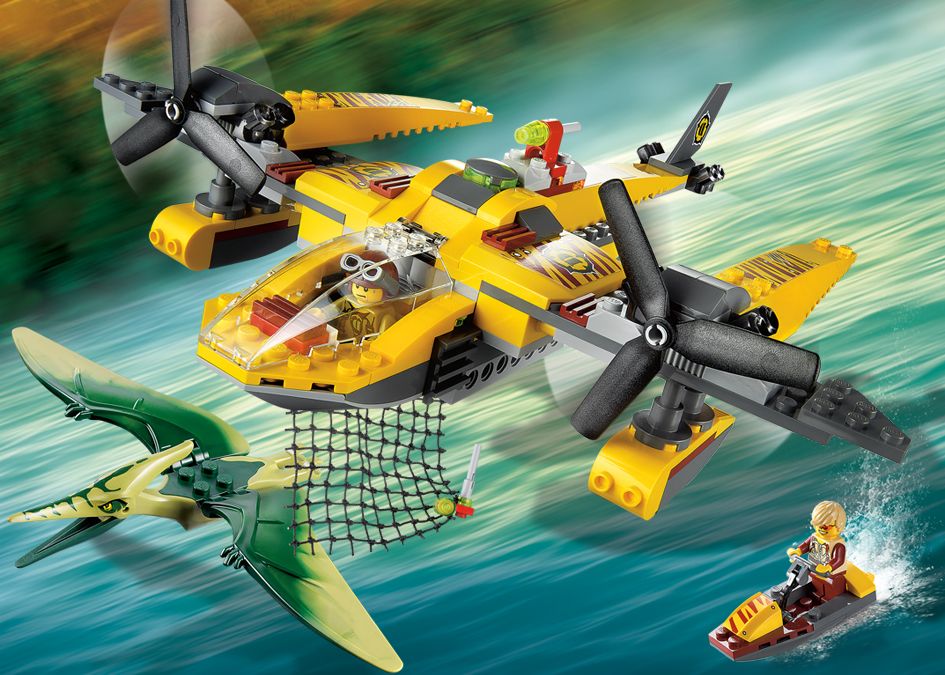 Finally, the most interesting part. Below, there is hold with a clever mechanism that, when the plain is flying allows to throw a net, in movement, and catch the dino. And it’s all done with a single touch in a piece placed on the top of the plain. Definitely this feature is very interesting. And the part of putting the net in the plain, again, is also rather easy and fast. 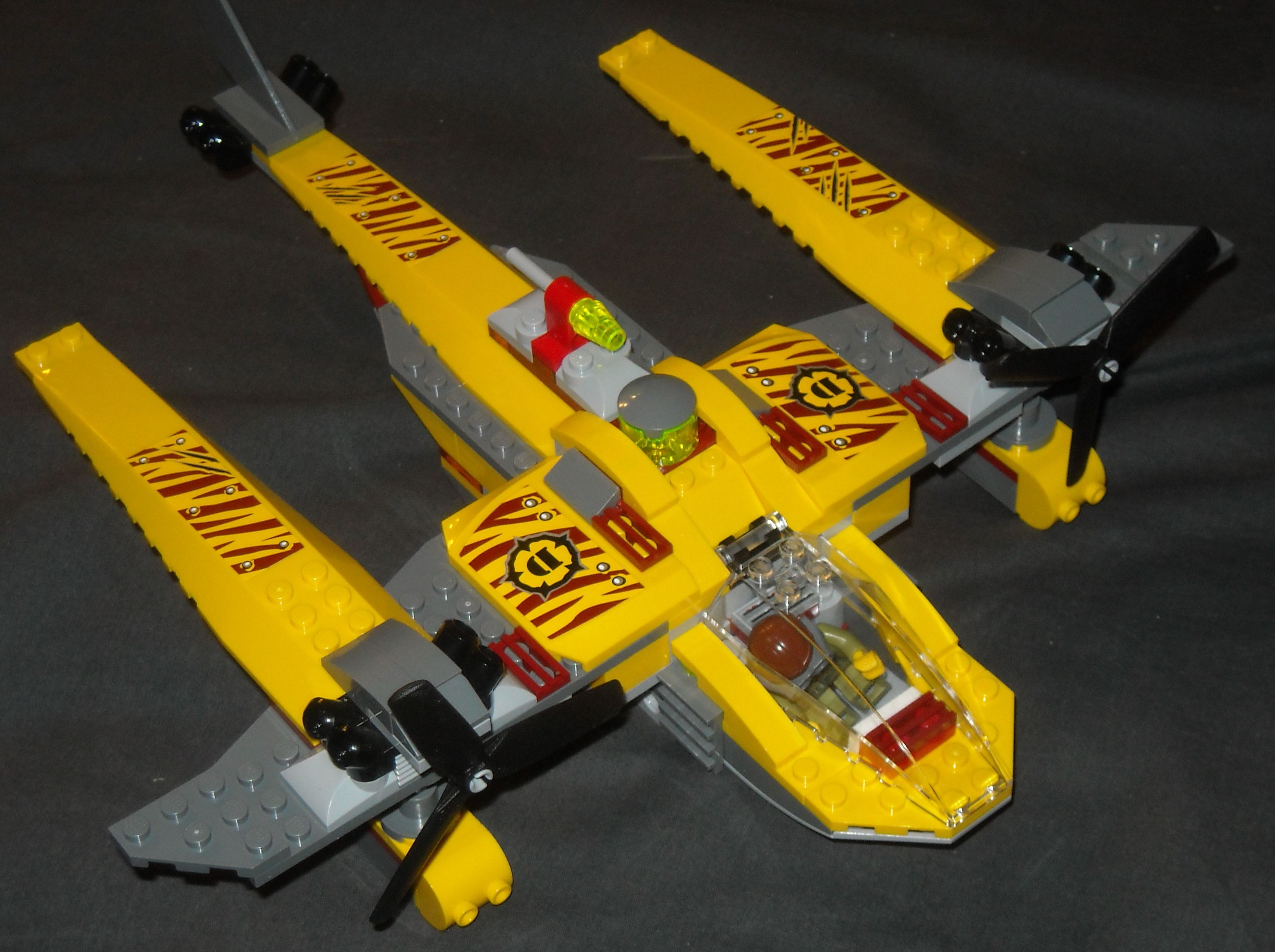 The Jet Ski could not be simpler and I especially enjoy the handlebar, made with separated pieces. The animal is also made with several parts and I am sure that my sons will love it and will make it easily disappear from my radar. Globally this set, where the plain is the core, is a good addition to the theme but unfortunately a bit overpriced. If necessary, the instructions are right here: