Looks like that with summer almost here, the new city set, the Car Parking and Garage (4207) is getting available on stores. Generically, the building details were the ones that were presented last march, in here. The three floors are confirmed as well as the car wash area and the little pump station.

The biggest doubts were in terms of number and type of vehicles as well as the number of available mini-figures. Well, these are five: a mechanic, a lady, a business man, a surveillance guard and a usual driver. According that the set has four vehicles, and the building has two residents, I am afraid that is one fellow missing in the set. 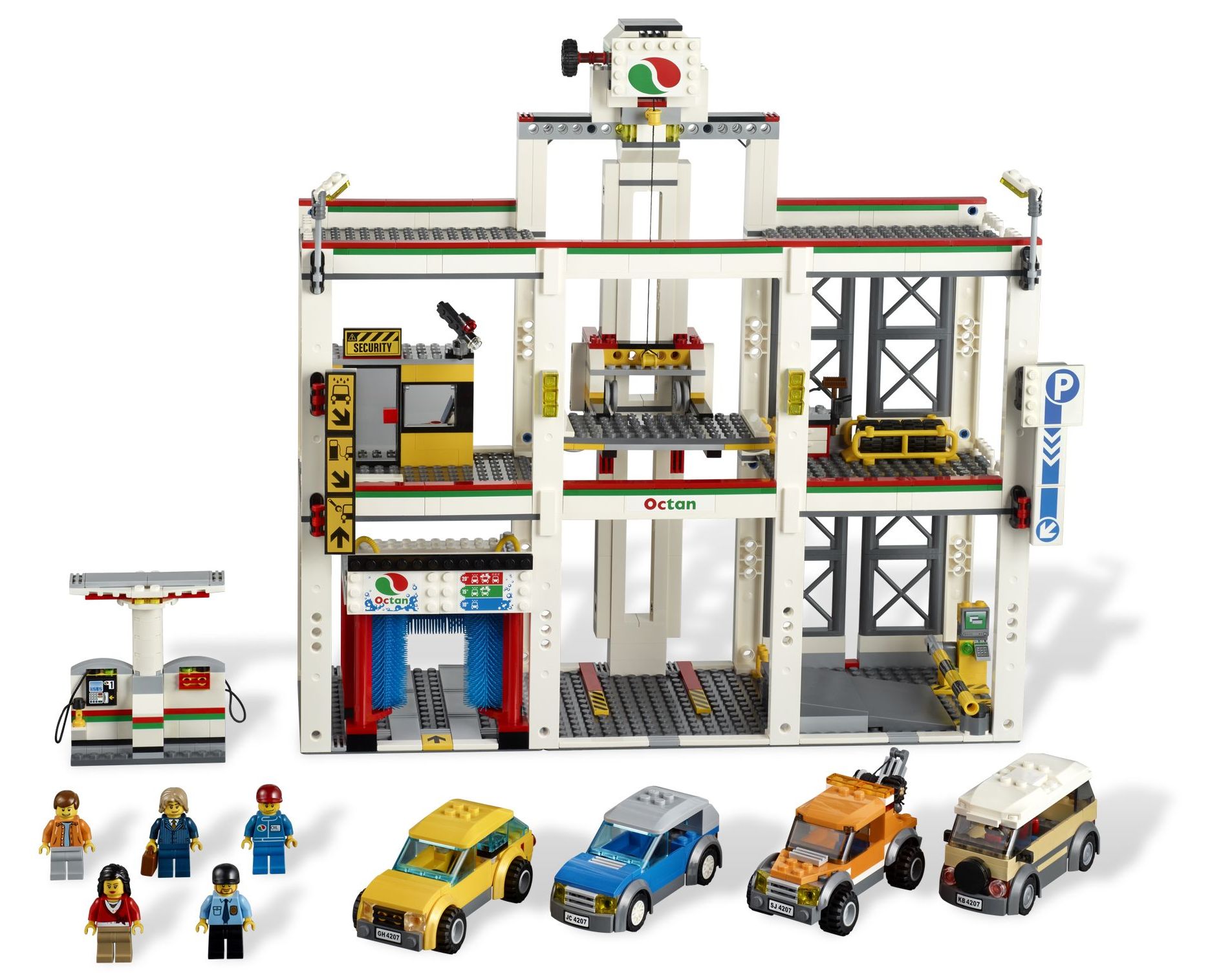 The six parking places are also in the retail version (I remember that the set presented before was only part of a exposition, with no identification) as well as the nice and efficient lifting mechanism of the platform. And the first floor has even a small workshop I must say that this is one of the sets with more playability, released next summer, because the huge number of features that were also target of the previous post are confirmed. 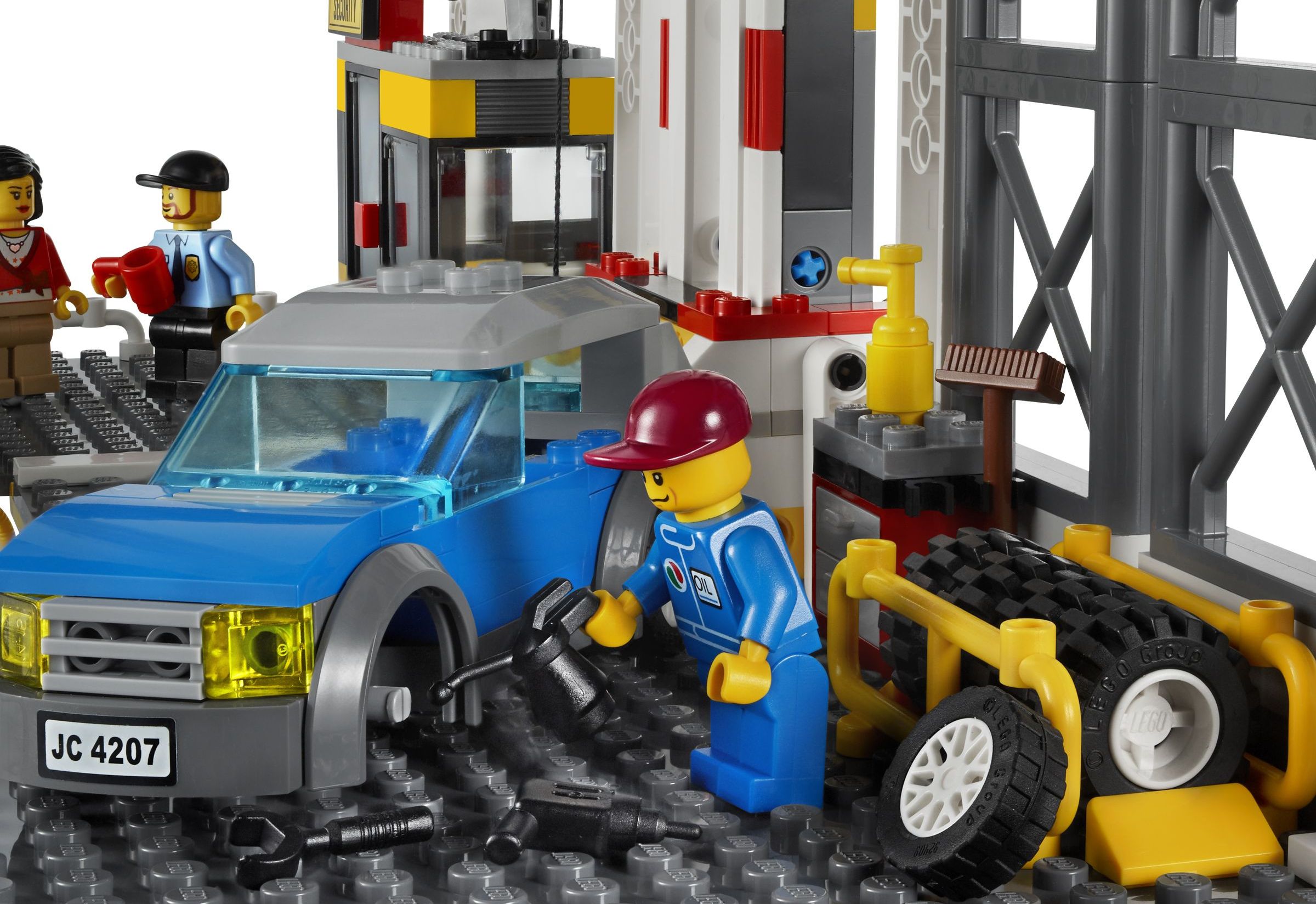 Talking about the vehicles, no matter the last speculations, they are four: two normal city vehicles (a blue and a yellow) which remember not only some police vehicles but also for instance the tower car of the camper 4435, a MPV and a small orange tow vehicle. This is with no doubt the coolest in the set. It has a good design and it is different in the latest city releases.

The minivan has also some nice particularities, starting by the piece colors (the light brown in quite unusual in cars), it has space for two passengers and some luggage and the wheel axes are completely new (at least I don’t remember any other city set with them) among the last year’s vehicles.

Finally the price, and in this part there is an agreement everywhere: it will cost hundred dollars, and I surely guess that it will worth the price. Look at some additional pictures, below: