Lego World in Denmark was stage for one of the first presentations of the new Car Parking set that will arrive in the 2012’s second half. Definitely it is a very nice set with plenty of playability. It has the main building, apparently a couple of vehicles, perhaps more, a surveillance guard with his office and a small pump.

The building has three floors. In the ground floor there is a car wash area , the park’s entrance and in the middle the lift access. By the photos I am suggested to say that the up/down mechanism is similar to the Space Center set’s tower. Apparently there is also room for six parked vehicles, two in the first floor and four on the second. 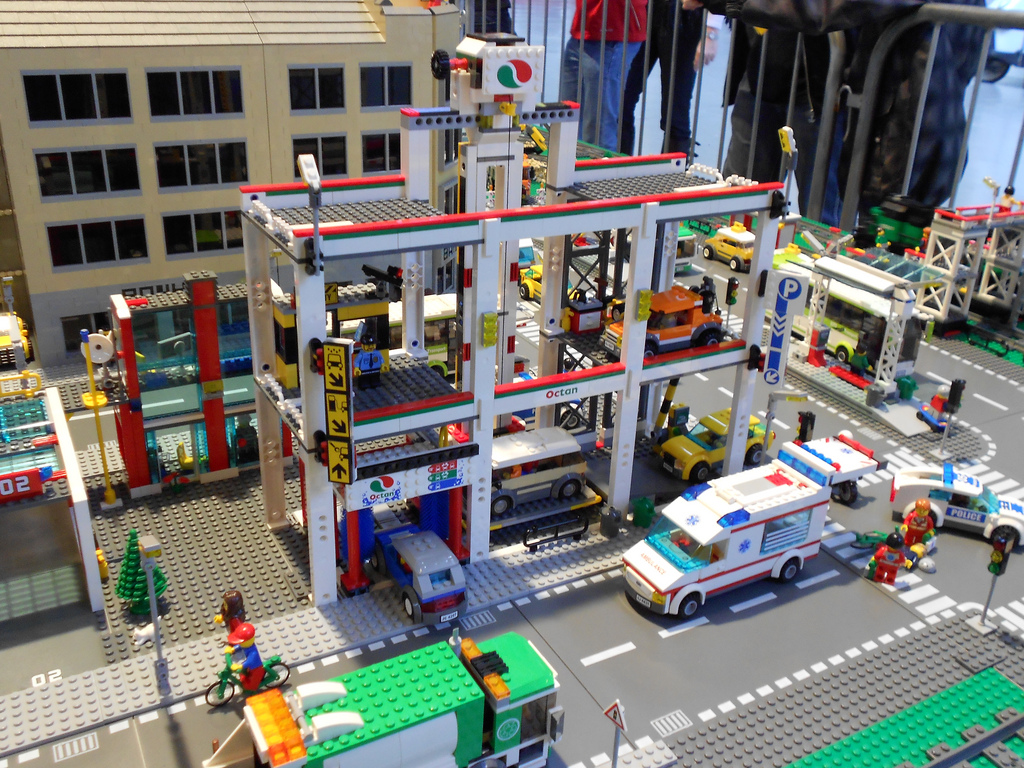 Remembering the old metro park, the main difference (forgetting of course, the natural evolution of cars and buildings…) is that the new one only has a small pump. In the 80’s 6394, instead, there was a nice service station with a convenience store that would surely give more playability to the set. Well unfortunately we will have to accept it.

On the other hand, the garage has plenty of accessories: lamps of different kinds, parking and service’s signs, surveillance cameras, Octan stickers and much more. The guard’s office has a glass door and a couple of windows and inside, it has a computer and perhaps the good old red coffee cup. By the photos we can see that is quite narrow: only four dots width. 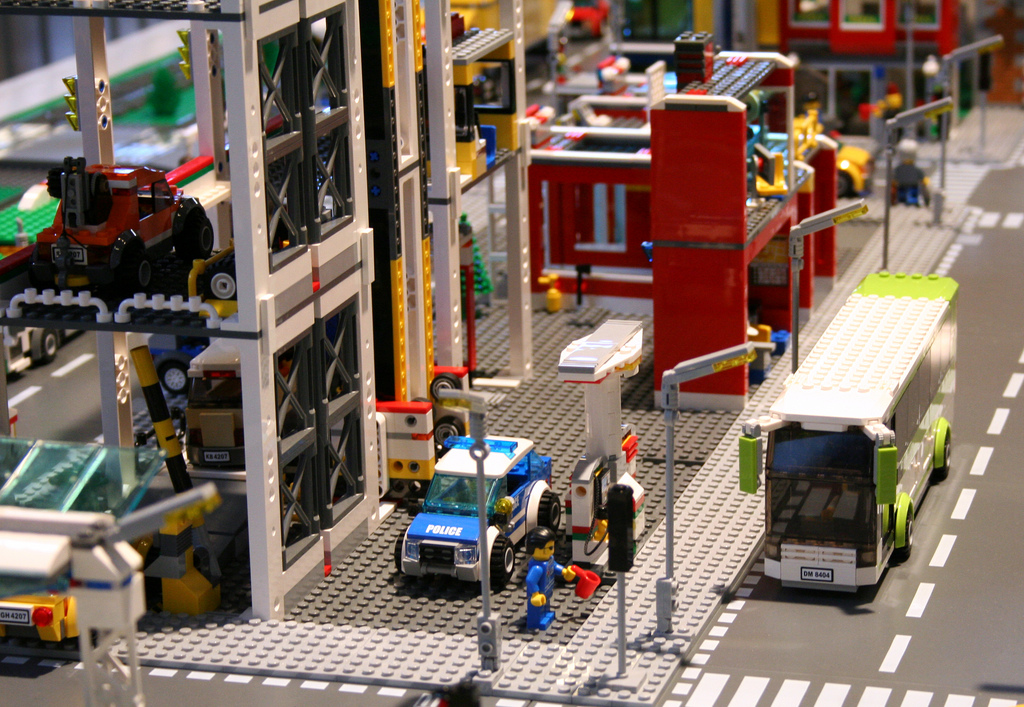 Talking about the vehicles, there are at least two (according to their stickers: a small orange tow car and a yellow vehicle similar to the 4435). Rumors also talk about an MPV but it’s license it’s unreachable. The quantity of mini-figures is also unknown but my guess is that they will be four (five, if there is a MPV in the set): two guys in the vehicles, one pump worker and the guard. But of course, it is just a preview. 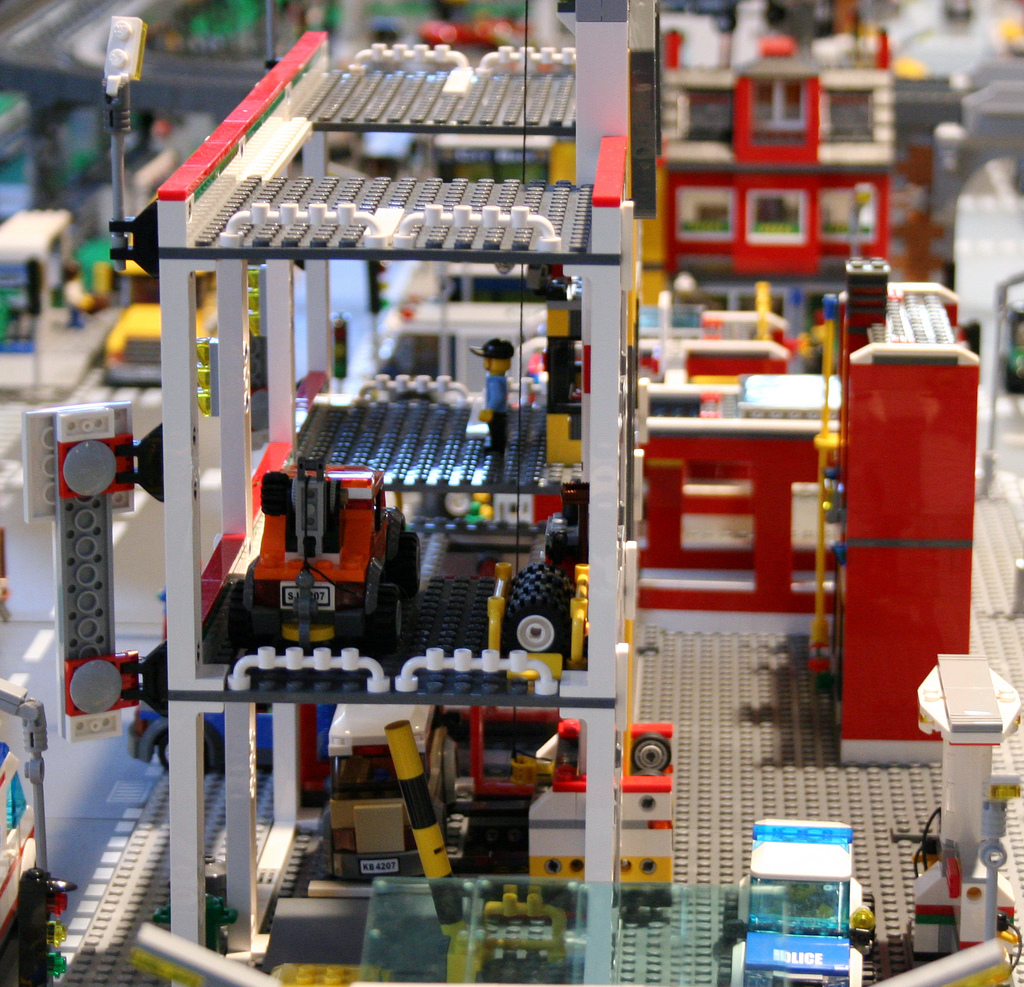 One final note, the all structure is built in a big gray plate which I think is quite nice when integrating it in the town. Definitely it will be a good addition, with plenty of features and playability, let’s hope that it will be not too much expensive.