After the extensive Lego The Batman set list as well as the bunch of new polybags, here we have a new Batman the Movie set:  The Movie Maker set. Definitely is not my Lego concept but the idea is not properly new, almost two decades ago Lego released something similar.

The main goal of the set is to make your own Batman videos with the help of some accessories and for that the box features a stand for a Smartphone, a batman mini-figure, a colored backdrop scene for the action (maybe a few more…) and one hundred and fifty two pieces. 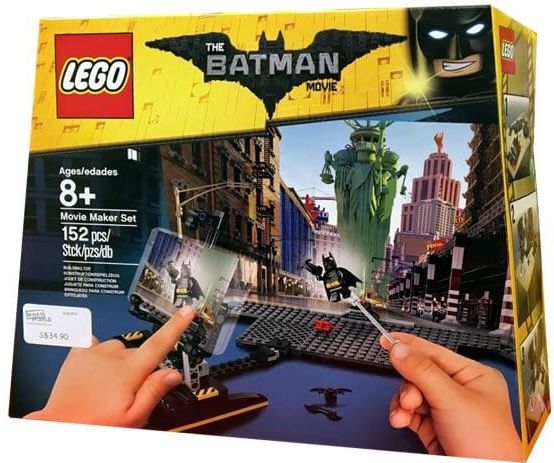 Curiously, the set has no number yet but rumors mention that it should retail around the twenty five dollars.