The beginning of this week has been rich in terms of news. Yesterday were the new Galaxy Squad sets, today is the new Super Heroes set, the Superman’s Battle of Summerville. With exactly four hundred and eighteen pieces, this set will soon be on stores with a price around the fifty dollars, which is the normal for this kind of release.

Based on the new Man of steel movie, the set has a big ship, namely the Black Zero Dropship, built mostly with dark grey pieces, a nice but small light brown off-road car and five mini-figures which are Colonel Hardy, Superman, , Faora, General Zod with a Combat Armour and Tor-An (these last two are really great!!). 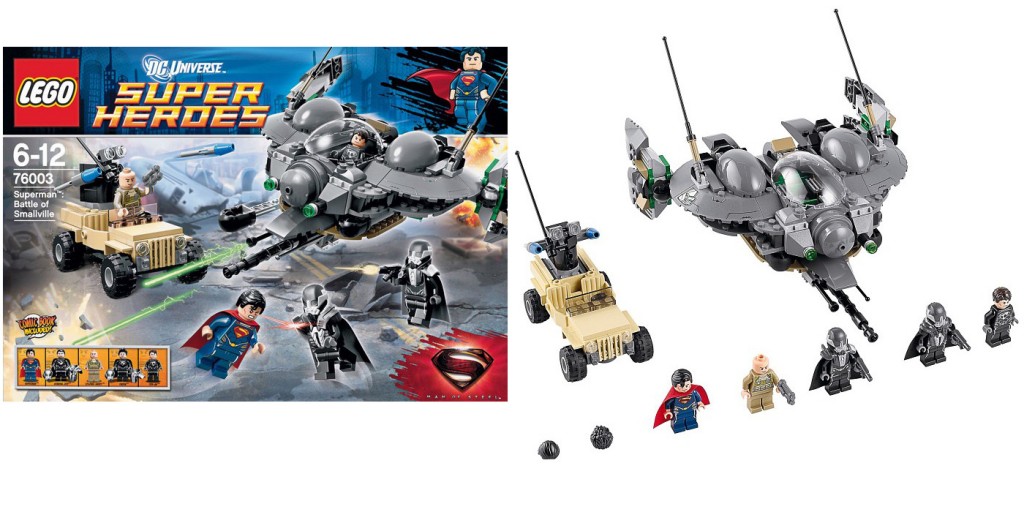 The Dropship looks interesting with plenty of nice features such as the large rotating canon just below the cockpit, the big side cannons, the adjustable wings in terms of wingspan, some storage bays and even a few additional weapons. However I guess that it might be a bit repetitive in terms building because it is completely symmetric. 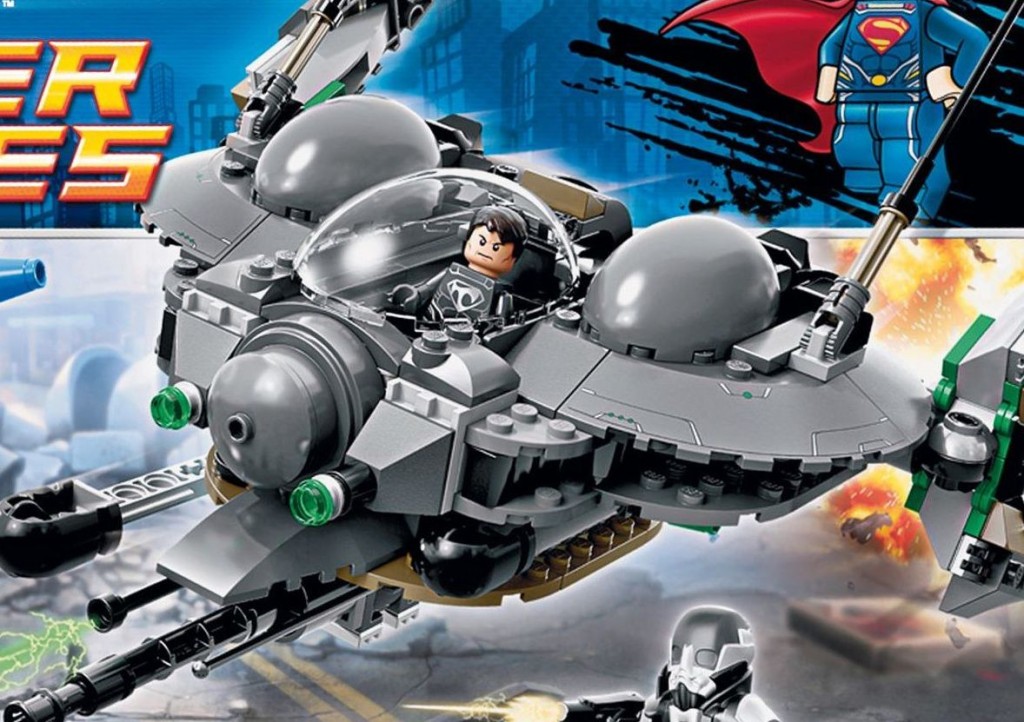 The cockpit at the center uses a new windshield piece, that opens easy and widely and at the back the first images of the set allow to see a couple of powerful engines. Aesthetically speaking I must say that this new ship hasn’t convinced me yet, mostly because there are a few in this theme rather greater than this one.

Having a look at the off-road vehicle the core is obviously the big rotating cannon in the trunk. With a big black antenna the platform has a couple of flick fire missiles ready to hit the big ship. Other interesting features of this car are definitely the couple of seats that are quite unusual and the borders that are slightly out of the vehicle’s structure.

Overall, this set didn’t convince me at all. Although some interesting stuff, for this price, in my opinion there are a few prettier superheroes sets such as for instance the daily buggle show down.  But if you like it, be ready because it will be on stores next month!