The service vehicle is definitely the star of this set. It shows at the front a small place for the driver and just behind it a sort of rotary winch, which seems quite funny because it can easily grab the poor white droid. In terms of weapons, it’s not bad at all because it shows two stud shooters, one on each side. 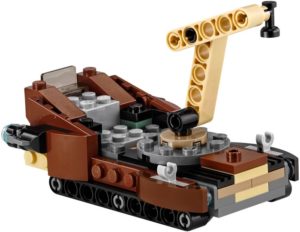 Globally, it’s a pretty interesting entry set. The vehicle has some nice features to play with, the number of mini-figures is quite reasonable, according that we’re talking about a small set and best of all, it’s already available on retail and costs only ten bucks. Have a look at them and enjoy it! 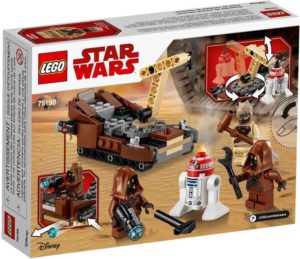