It’s absolutely impossible not to like this set, even if you’re not a fan of Batman. The new Lego Batman set has been recently available on retail and has everything to spend some great hours of fun where the hero is obviously the shuttle. 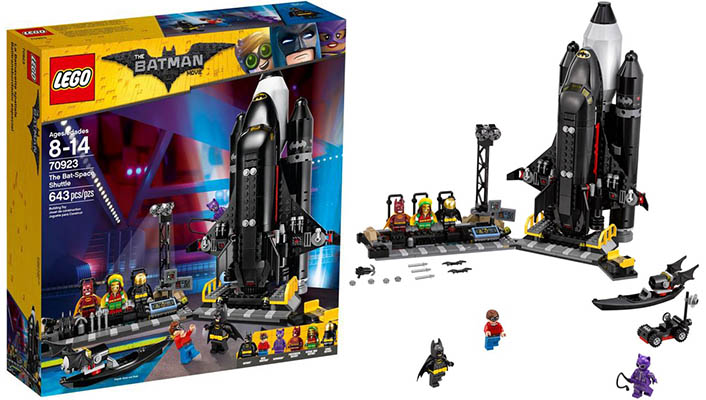 With a detachable cockpit with plenty of space, Batman has inside the usual handlers as well as a seat. Behind it, there’s a reasonable compartment with space for the buggy which looks pretty cool with the tiny wheels and the big antenna. On both wings there are two stud shooters which seem awesome in terms of playability.

In the back, the powerful engines and the batwings give the shuttle the appropriate speed and stability. On land, there are a lot of interesting elements such as the dock for the shuttle, some screens and a computer with keyboard, a big communication antenna and plenty of different weapons for the guys. 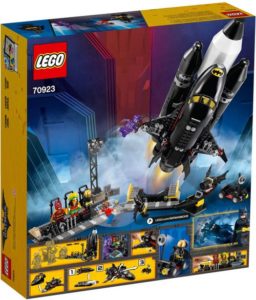 The mini-figures once again look really cool and from the three my favorite is definitely the Space Batsuite. One final note, this set interacts with the Bat cave which seems to be prepare with an additional dock to receive the shuttle. Pretty cool for sure! The set should be available on retail soon with a price around the eighty dollars. Enjoy it! 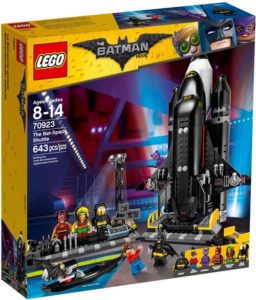 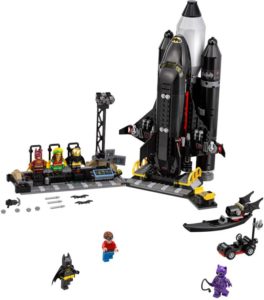