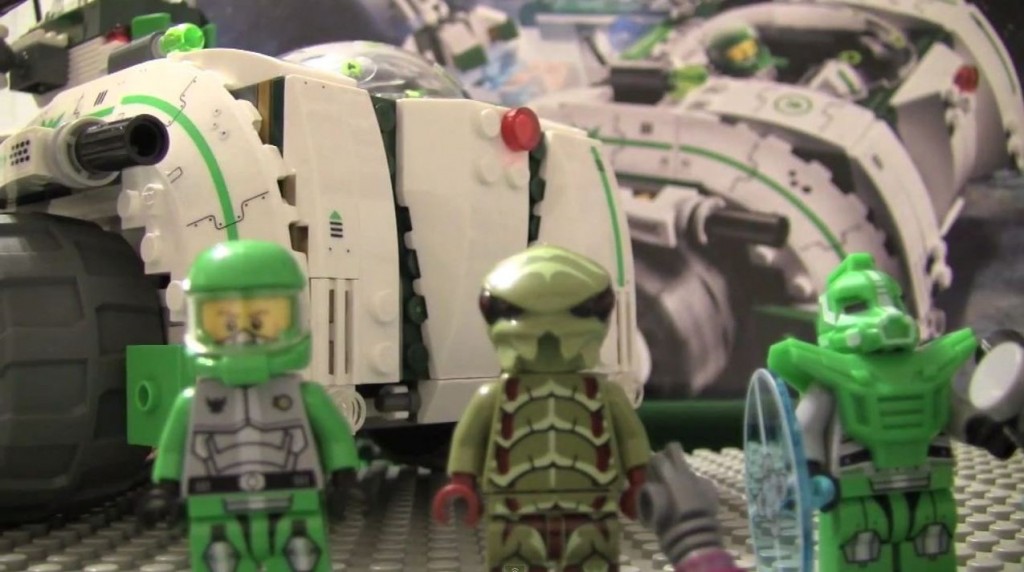 If we look at the back part, the big robot which is suppose to “fly” has weapons everywhere including its arms which being movable can assume a sort of wings position . Its head is also a small cockpit for the squad with a little panel to control it. Removing this robot from the original position shows us a great control panel and the two small platforms for the robot.

At the front, there is a big tipper door, where the little vehicle can come out. This one has nothing much but it is cute, with a couple of side weapons and small control panel for one of the two squad elements. Unfortunately there are no printed pieces anywhere and instead there is a bunch of green and white stickers. 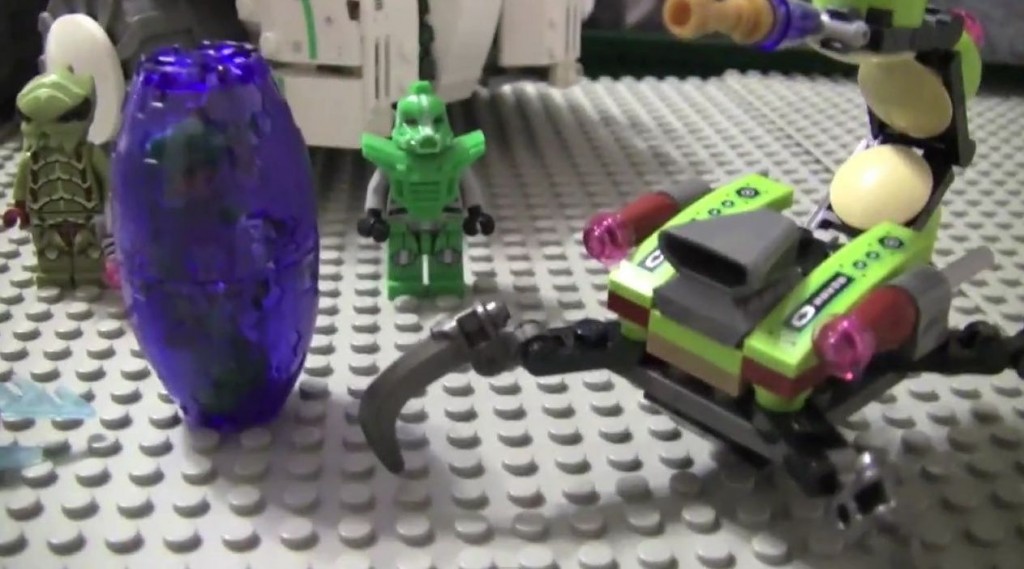 Talking about the insectoid which particularly I don’t like much, it has however some cool details such as the big tail the laser machine and the big claws that can assume several position to increase the playability. There even a small cockpit for the bug with a couple of extra weapons on both sides.

On the other hand, the mini-figures are surely highly detailed. The Alien that we can also find in the 70700 Space Swarmer is really great, the torso and the legs have a single printing and the head piece has a little tail. The green robot has a great helmet and a shoulder protection besides all the printing details and the “human” guy has a great green helmet and a double printed face. All of them bring great new weapons, the robot has a sort new ice laser or something that that and a blue transparent shield, the alien has also a new laser gun with a red point. 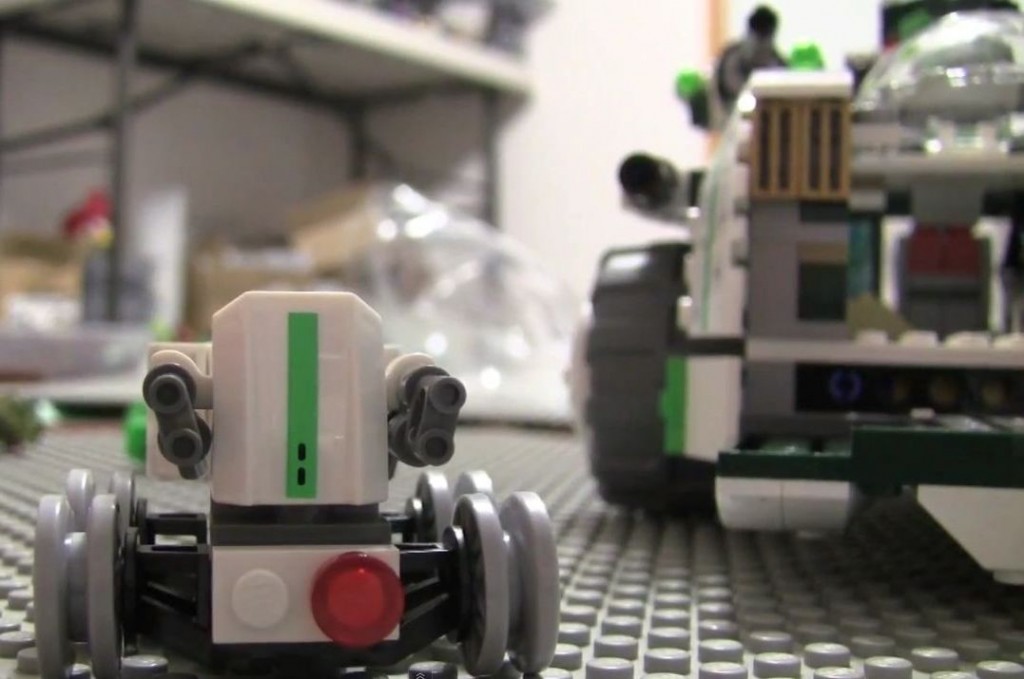 For about eighty dollars this is surely a great new set, especially if you like space themes. The set’s has plenty of playability and the mini-figures are surely a great addition to the collection. Have a look at additional photos: