Cargo Truck against Truck and ForkLift (7733) – find the differences! Just as the new tank truck, this set is a short version of the 2008’s cargo truck. As you can see they are pretty similar, only with the major difference that the new one doesn’t have a trailer. However and fortunately not only the forklift is still present but also the goods continue in reasonable number.

The truck has an ordinary structure, similar to many other city trucks, there are no major differences towards most of the first wave models and even the 2012 models.  At the front, the cab, made mainly with green pieces has the usual features namely a seat for the driver, a steering wheel at the front (and of course the good old coffee cup), a couple of side doors and a removable roof for a better access to the interior. 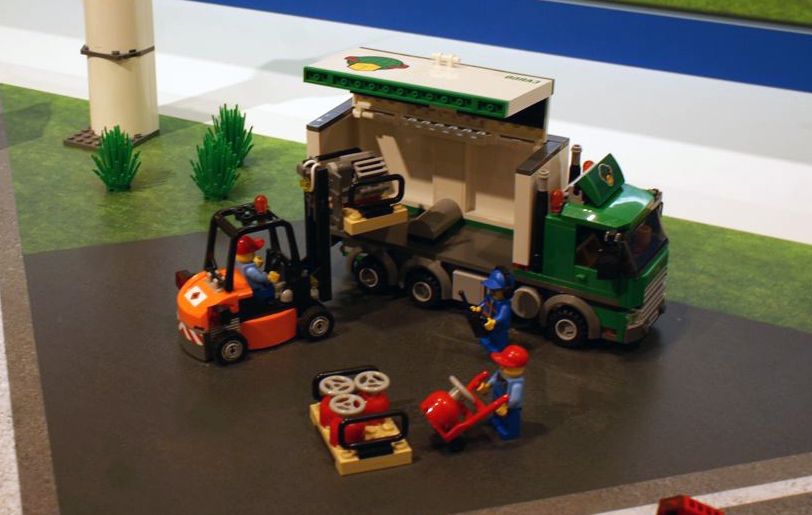 However in this part, there is a difference towards previous models. In the top of the roof it is placed a panel with the major goal of increasing the truck’s aerodynamics, every time it increases the speed, just like in real vehicles. Attached to the cab, just behind it, there are also a couple of exhausting pumps and two warning lights. 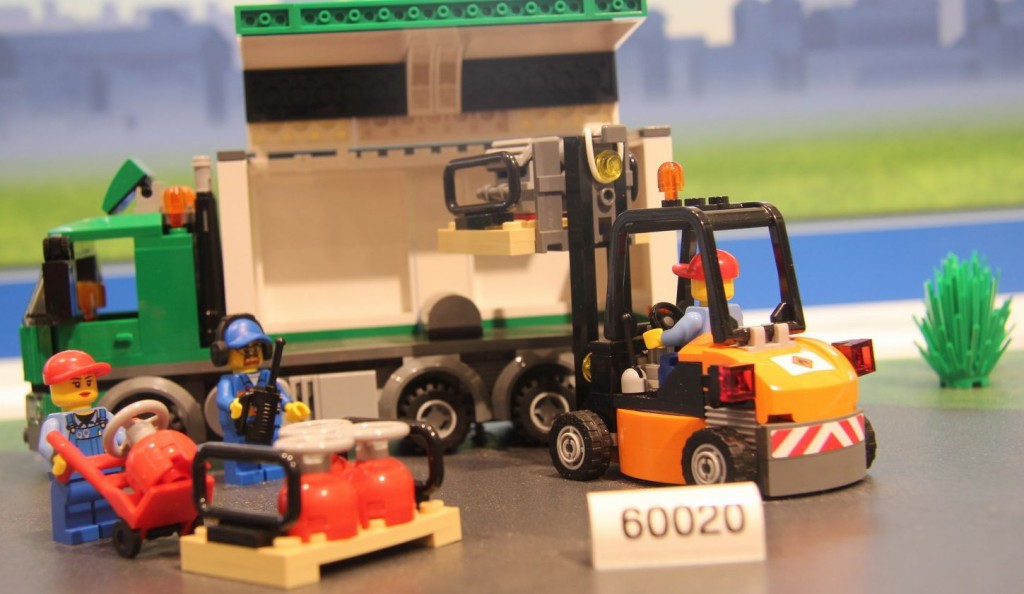 Talking about the goods container it is pretty similar to the 7733 model. The big door opens exactly of the same way – a couple of technic pieces ensure that the big door and the roof open ninety degrees – and there is room for a couple of goods’ pallets. However in the middle of the container, there is a small divider that allows not only a better stowage but also increases the goods stability when the truck is on movement.

The orange forklift looks a bit smaller, compared to the ancient model but it seems that there is no kind of problem with that because it transports and storages competently all the goods inside the truck. This orange machine has a decent cab for the driver, including a couple of handlers and a protection structure for the driver and a few warning lights. Both vehicles have stickers which in my opinion, despite my general disagreement towards them, give them a prettier look.

Finally and having a glance at the mini-figures, they will be three: the truck’s driver, and two cargo workers including the forklift driver. It seems that there is nothing particularly new on them, with the exception of the ear’s protections but I’ll be completely sure only in the moment that more detailed pictures surf in the internet. 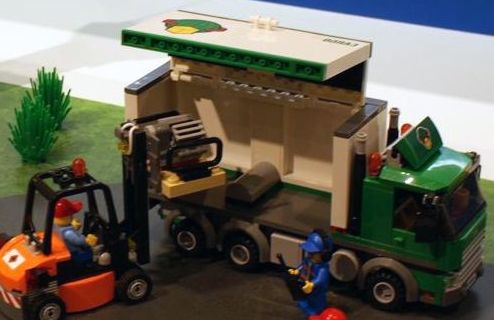 Globally, it looks a great set with plenty of features and surely a great deal, especially if you don’t own the 2008 model. With an expected price around the twenty dollars (maybe a bit more) I would say that it will have about two hundred pieces. Definitely is going to be a great addition to the town.