A new Unikitty set has been revealed, the Unikingdom Fairground Fun which is perhaps the fifth or sixth Lego set with a roller coaster. And this particular element surely brings some extra playability, especially to this theme, where the buildable figures rule!

The piece count is not known but rumors mention the possibility of being retailed around the forty bucks which puts in a number around three hundred, three hundred and fifty. Not bad at all! Unfortunately, on the other hand, it seems that it will be a shop@Lego exclusive.

Looking to the set, it presents six figures (including Unikitty, Prince Puppycorn, Master Frown, and Dr. Fox) with additional accessories, the roller coaster with two carts, a nice spinning chair carrousel with lots of color and movement and finally two bumper cars. 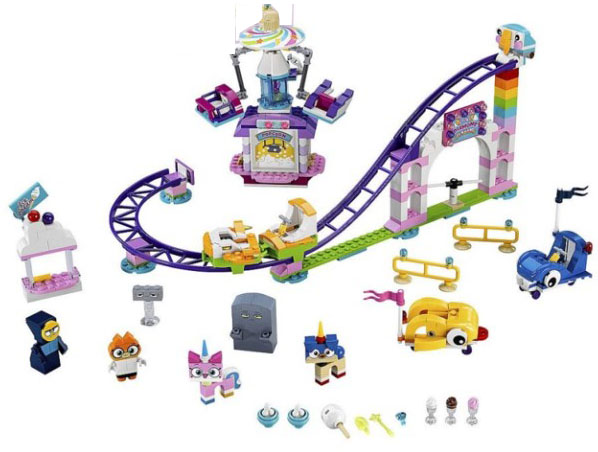 Join Unikitty and her friends for a sparkly adventure in the LEGO® Unikitty™! 41456 Unikingdom Fairground Fun set!

With a colourful working roller coaster, a spinning chair ride and super cool dodgems, it’s impossible not to have fun at the Unikingdom Fairground !

After you have been on all the rides, Princess Unikitty and her friends can buy a sweet treat at the refreshment stands. 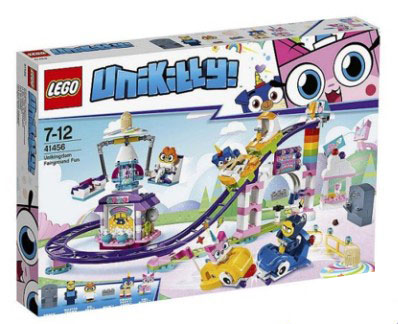