A picture of the Gingerbread House, the second of the 2015 Holiday sets, has been discovered in the US store calendar of November, joining the already known Christmas train (40138) that has been unveiled a couple of weeks ago.

The house isn’t very big but it’s definitely a must in terms of color and detail. Built up on a few small white plates, the walls seem to be made of chocolate, with lots of gums in the white roof. The entrance and the windows are also nicely decorated and the small garden has also a path filled with gums and flanked by six colored muffins. 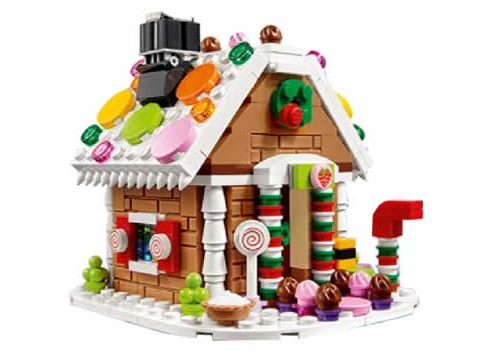 The Gingerbread House will be available November 27th onwards, as a gift with purchases of at least 99 dollars.