The Creator theme might not be the most popular among the Lego Fans but they definitely have a lot of great sets, some of them, like this one called “changing Seasons”, excellent among other things, to join the City world.

This set has exactly five hundred and thirty six pieces and features a 3*1 house with the option of building three models of different seasons: spring, summer and winter. In addition, there are also two mini-figures (it looks like dad and his daughter), a small island with a tree, a blue car and lots of different accessories. 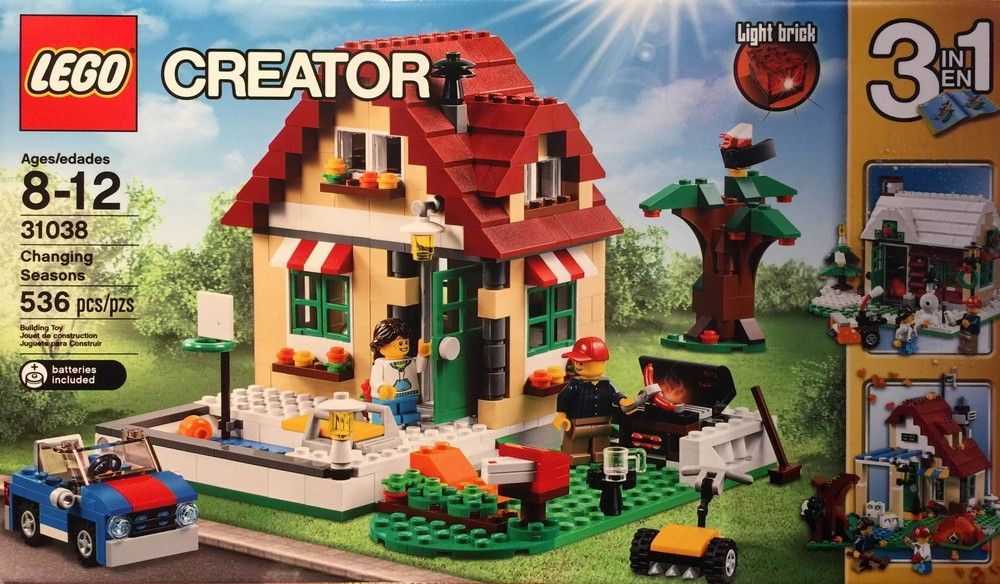 The main option is the summer House that shows a simple architecture but a lot of space in the outside, with a big pool, just in front of the main entrance, that includes a basketball hope, and just aside it, a considerable garden with lots of space for a barbecue, a mail box and a small table with some drinks.

The house itself isn’t very big but, at the first glance, it is possible to observe that it has two floors and the back is closed which decreases a little its playability. The color scheme is also very simple, using the usual dark roof and four light brown walls, and the small sun awnings just above the windows are definitely very nice. The car and the little mower are extremely easy and fast to build and in my opinion aren’t, as usual in Creator, as beauty as the house. 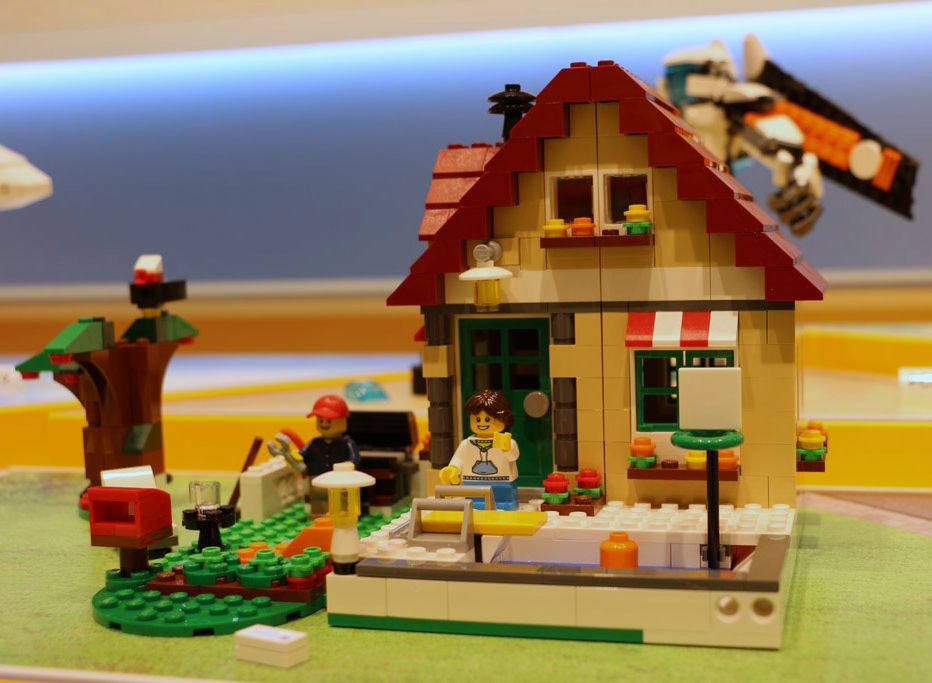 The autumn option shows a completely different architecture with a big sloping roof and lots of season details. There are tree leaves everywhere, the garden looks a bit smaller as well as the tree and the roof has already a nice chimney to light a fire inside. The interior, once again, isn’t clear but it’s already possible to see that there is a small coverage next to the door, probably to park the car.

The winter village is probably my favorite, mixing dome winter features with Christmas time. The roof is all filled with snow and there are lots of Christmas effects everywhere. Unfortunately for now there are no details about its interior but on the outside it’s possible to see a small garden with space for a Christmas tree a lamp at a corner and a snowman. 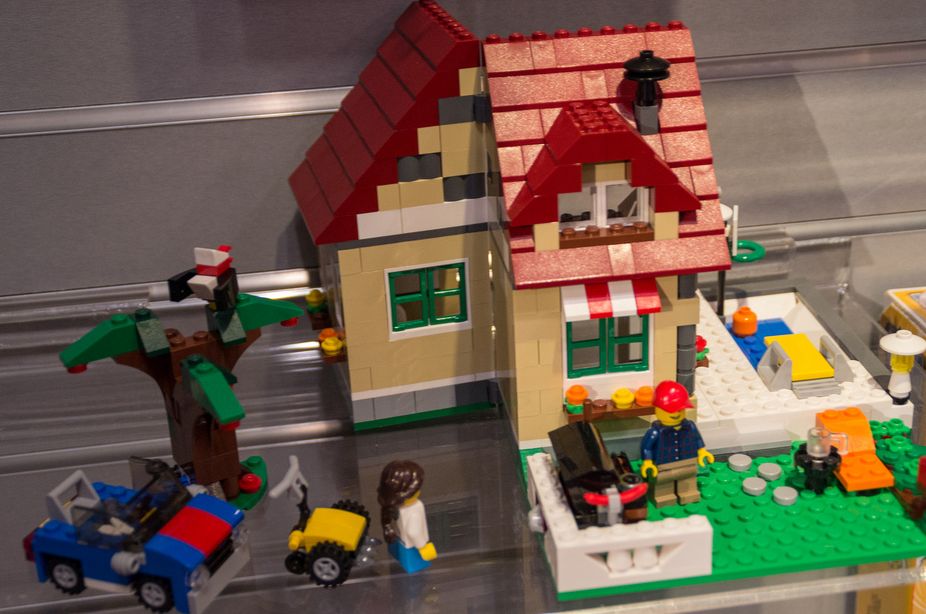 Overall and once again this looks like a great 3*1 creator set. The model isn’t properly much different from several other but the playability and beauty are definitely on high levels. With a release date scheduled for July this set should retail with a price around the fifty dollars.