The New Lego mini-figures character encyclopedia, which will be released in the beginning of May, will gladly include an exclusive mini-figure, the toy soldier, with a typical red and blue uniform, a nice red heat and a brown rifle. It is not properly innovator, there are a few guys quite similar with it, but, however, it is surely a good addition to the collection.

With more than hundred and sixty mini-figures, the new encyclopedia will include detailed information about all the mini-figures from series 1 to 10, which is simply great in terms of history, providing an easy way of remembering the older guys. 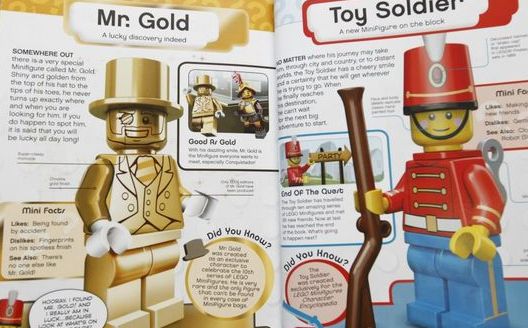 Have a look at its first presentation: 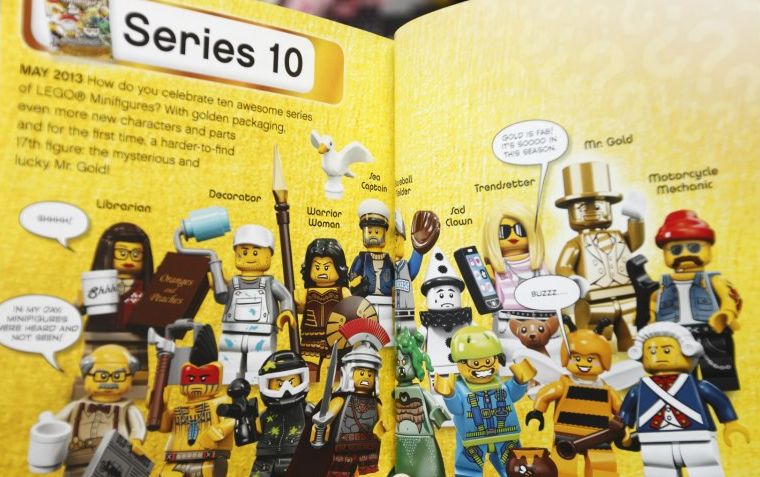 The mysterious and limited golden mini-figure, (I remember that there will be only five thousand around the world) will be available on the next series 10 was also not forgotten and we easily find not only a good description but also some interesting and detailed pictures. Have a look at its description:

Somewhere out there is a very special Minifigure called Mr. Gold. Shiny and golden from the top of his hat to the tips of his toes, he never turns up exactly where and when you are looking for him. If you do happen to spot him, it is said that you will be lucky all day long!

Likes: Being found by accident

Dislikes: Fingerprints on his spotless finish

See Also: There’s no one else like Mr. Gold!

Mr. Gold was created as an exclusive character to celebrate the 10th series of LEGO Minifigures. He is very rare and the only figure that can’t be found in every case of Minifigure bags.