Among the several news that appeared in the last days regarding this years’ San Diego Comic Con, I must say that the last couple of exclusive mini-figures that were unveiled definitely caught my attention.

The figures, as you might see in the pictures, are the Collector from the Guardians of the Galaxy and the Hobbit Bard the Bowman. Both are pretty detailed especially in their torsos and Brad brings also a nice brown bow. Although there are similar versions of these guys, they are unique and part of a group of four mini-figs that are planned to be revealed during the event. 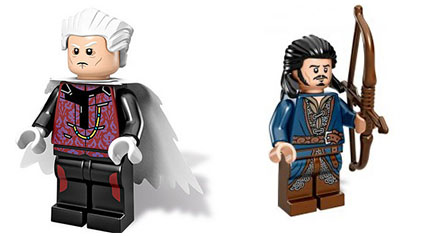 Three down (the other is Rocket Raccoon), one to go! Which one will be the fourth?