The Rocket’s Warbird was unveiled by the Wall Street Journal as one of this year’s San Diego Comic Con exclusive sets. With only hundred and forty five pieces, it features a small space craft built mostly with small orange and grey pieces and an exclusive mini-figure, Rocket Raccoon.

Having a look at the picture, I would say that it didn’t impress me at all. The space ship looks pretty simple and without any appealing detail. The only thing that perhaps might be nice (discounting the photoshop effect) is the color combination between orange and grey which looks absolutely beautiful. 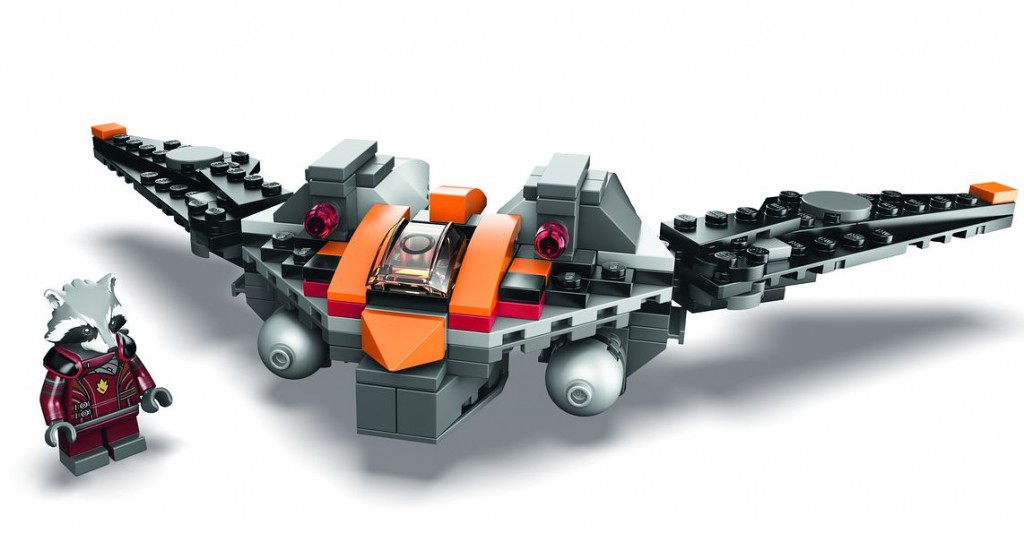 This Guardians of the Galaxy’s set will retail only during the event, that will occur next week, with a price around the forty dollars which seems pretty high for such an average and small space craft.