The first picture of the next exclusive Creator set has been surfing on the internet, showing an awesome carrousel filled with amazing details. The set, and speculating a bit, will probably brings something around two thousand pieces and looking close to the image will feature ten mini-figures.

The first rumors about this new Ferris Wheel started quite a while ago but there were some expectation about its look because until the moment there wasn’t a single image of it, which is a bit strange, according that the set is planned to be available for VIP members next May and for the public in the beginning of June. 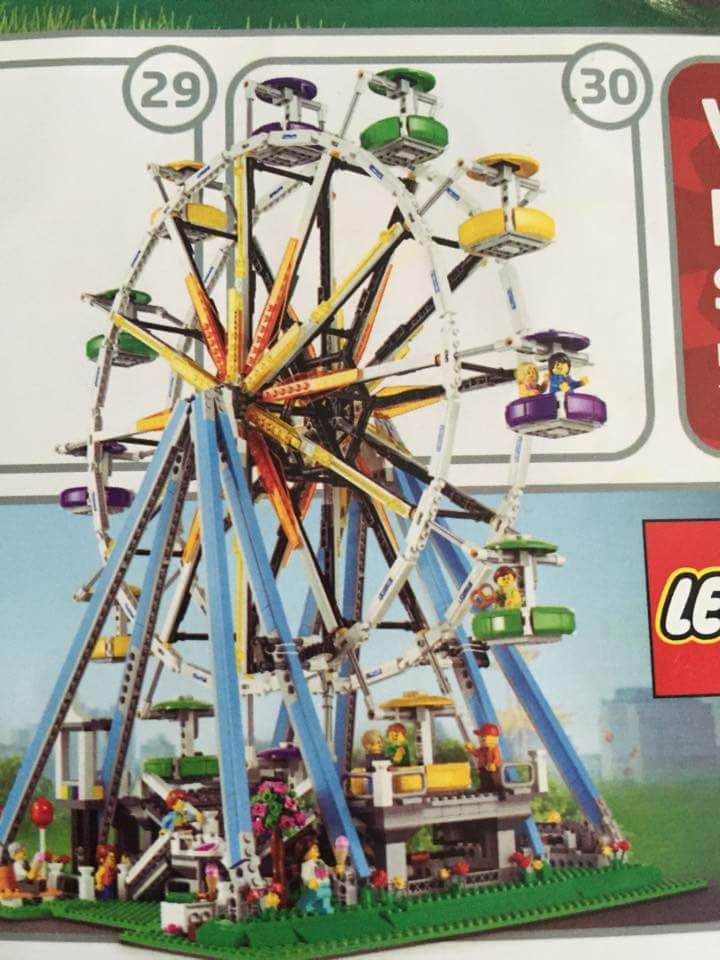 The set, as you can see, uses a big technique structure in all its main parts and my biggest wish is that it brings some power functions or at least contemplates the possibility of adapting it. The Wheel will have twelve cars, of different colors, each one with the capacity for two people.

In the ground, there is also plenty of action not only with the accesses to the platform but also with a big garden that will include a tree, flowers everywhere, an ice cream cart, and some benches for the visitors. On the opposite side it is also possible to see a small tower which through this angle is impossible to observe better and take a conclusion.

Overall, I think that it has everything to be an icon in the next years. It is extremely large, especially if we attempt at its height, the building experience will definitely be unforgivable and the playability will surely be, just like the big wheel, in a high level. The price will probably be around the two hundred bucks.