As a sort of resume or best of, let me show a small gallery with some of the outstanding buildings that were presented in this year’s Lego Fan in Lisbon. Once again, my apologies for the pictures’ bad resolution, which were token with my phone, due to some critical problems with the digital camera.

In terms of regular sets, it was possible to have a look to Star Wars, from which unfortunately I didn’t take photos, there were a few of Movie sets just in front of modular buildings as well as plenty of small city sets spread all around the exposition. On the other hand I especially enjoyed seeing Monster Fighters with a mix between regular sets and some really nice Moc’s. 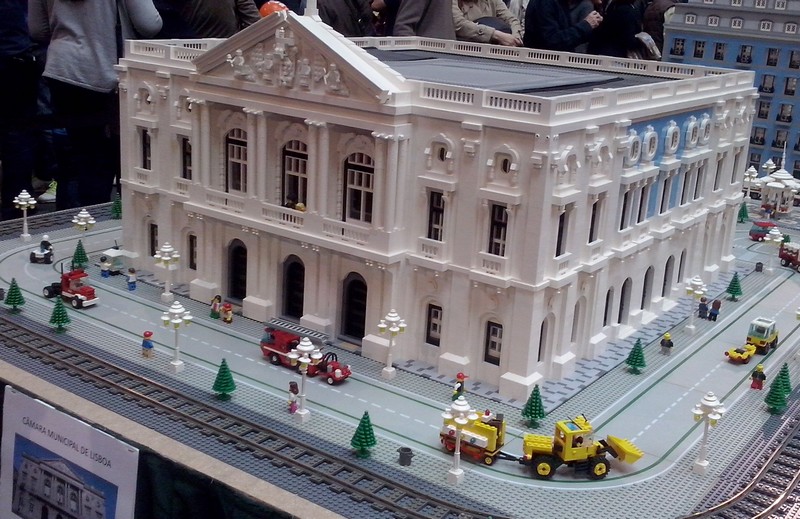 Talking about these, there were some great Portuguese buildings, some of them were already presented last year, the trains were also present not only with a huge railway station but also with some great Portuguese models as well as the Lisbon’s subway train. Please have a look at the gallery and enjoy the endless details: