This set recreates a robber’s chase with a helicopter. It has plenty of action and integrates very well with other city sets. The box brings two vehicles (the big heli and a small yellow car) four mini-figures (one pilot, two policemen and a thief) and a couple of tools and accessories (megaphone, dollar bills, a red cup among others).

Inside, the heli has a single compartment. The pilot has at his disposal two control instruments and a good coffee cup (be careful with the loops…) but I think that one or two handles in the front would improve the pilot’s performance. Right in the middle there are two big openings (this heli has no doors) where the officers will try to catch the thief and his van. 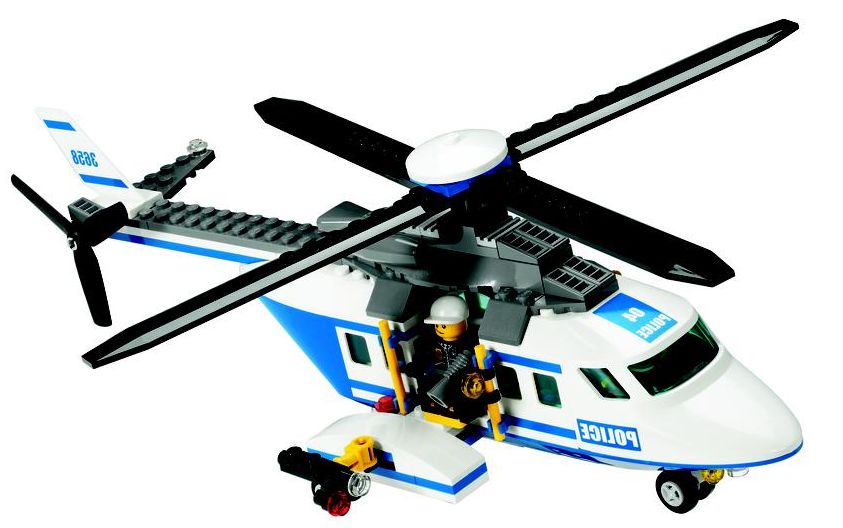 END_OF_DOCUMENT_TOKEN_TO_BE_REPLACED

Looks like that next winter, the good old and competent Police helicopter will retire from its long journey. Not every set can be proud to be on stores for almost five year, but the 7741 is surely one of them, as you know or as you can even see here. Its substitute although some small differences it is rather similar.

It has about the same size, so I would say that it will have around hundred pieces, and will have two police officers, instead of one in the previous. This time their uniforms will be blue, instead of the old fashioned black torsos.  Apparently, the new one will have no surveillance camera or even a front spotlight, that are tools are I specially enjoyed in the old one. 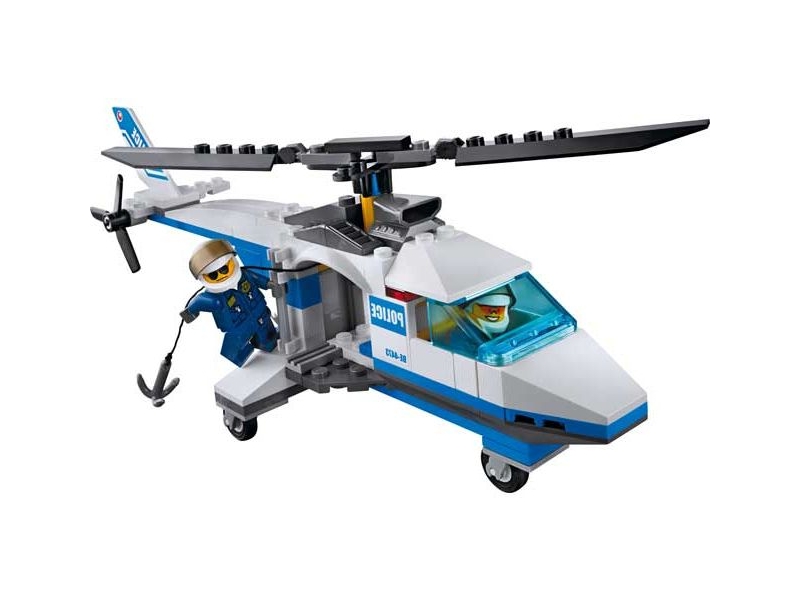 The Police Helicopter is a 2008’s set that is still in the active. With almost hundred pieces and a police officer (a pilot), it is a good addition for the Police theme. And if you have a Police station (the 7498 set, for instance) than it is surely a must because there is a heliport waiting for it.

It is very easy and fast to build it. The cockpit is very nice with a control panel at the front and a seat for the pilot. I only miss for one or two handles that would give it a more realistic look. Next to the cockpit there are two small compartments, one on each side, to store some tools. 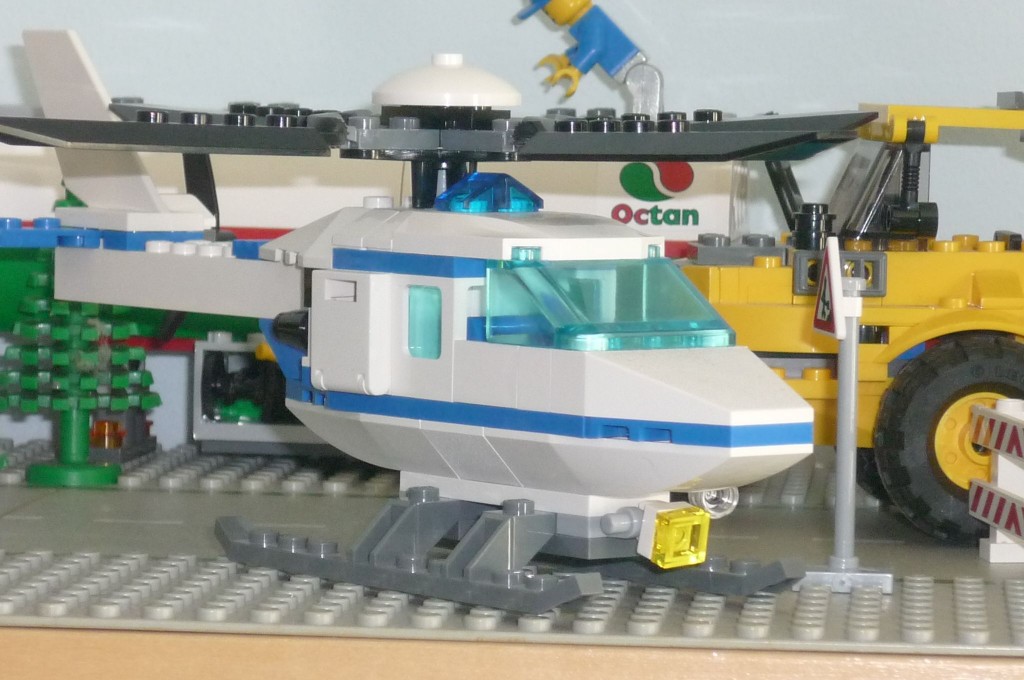 The roof is the only way to access the interior, END_OF_DOCUMENT_TOKEN_TO_BE_REPLACED