The new Cement Mixer is a city set that was recently released in some countries and overcomes the lack of the old 2007 blue cement mixer left. This new set has exactly two hundred and twenty one pieces and besides the vehicle, it also brings a couple of street workers and some interesting tools such as the wheelbarrow and the bunch of single stud pieces that represent the cement.

If we look at both vehicles at the same time, there is the danger of thinking that they are similar vehicles in terms of features. However the differences are quite huge. Looking at the cab, and particularly at its detailed picture in the set box, we can see that it has a tipper mechanism, which is simply a great innovation in city trucks.

The idea is obviously as we sometimes unfortunately see on the real world, have access to the engine, END_OF_DOCUMENT_TOKEN_TO_BE_REPLACED

The Cement Mixer is a 2007’s set that still has no substitute. It is a nice city vehicle, especially if you have some building sets that surely deserve the effort to be discovered in the net (the prices look similar to the retail). With more than two hundred pieces and a mini-figure (worker) it is a nice addition to any town.

The truck has two double wheel axes which is unusual but explained by the vehicle’s type of work and the chassis escapes to the traditional structure. This time, the wheel axes are built separately and attach to a long central plate. The cab is also slightly different from the usual because it has not only a steering wheel but also a handle to maneuver the cement mixer. 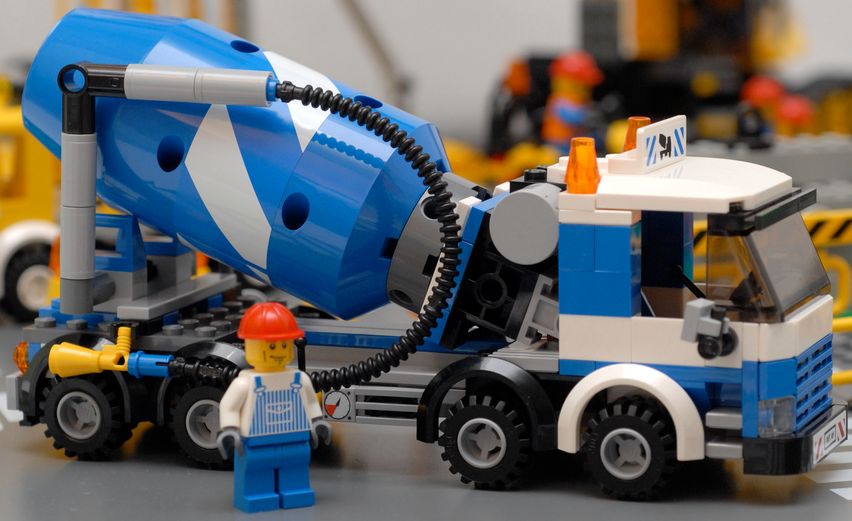 The cab has not been finished yet and the mixing mechanism is already started the building. An unique and very rare piece will be the base ...Continue Reading...