Yesterday, I saw a new Legends of Chima Super pack in my local Toysrus. This new set is a 5 in 1 box that brings a nice Chima’s all terrain vehicle as the main attraction, three medium size sets and a smaller Legend Beast set. 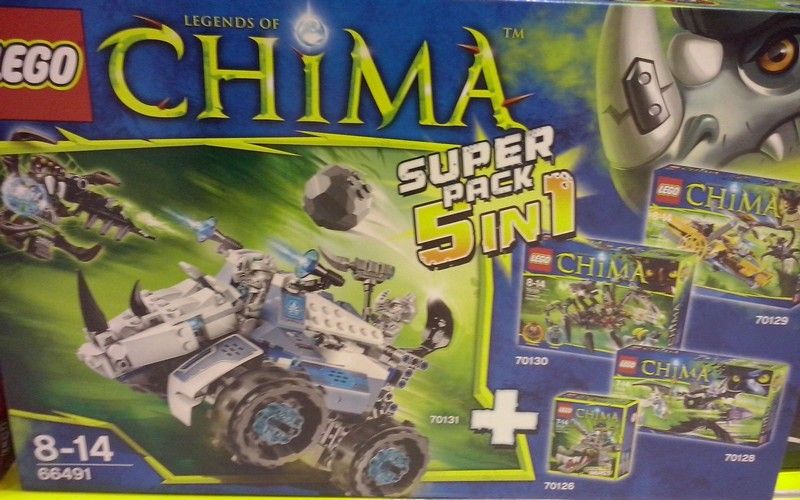 I’m not a huge fan of this END_OF_DOCUMENT_TOKEN_TO_BE_REPLACED

The Braptor’s Wing Striker is a new Legend of Chima’s set that will be available in the beginning of 2014. With a bit more than hundred pieces this entry line set features a black aircraft, the Wing Striker, two mini-figures of different tribes (Braptor and Eris), a small Chi source and some really nice weapons for the two guys.

The Striker, just like most of the Chima’s vehicles and aircrafts, has all the shapes of its tribe in this case the bats. The muzzle, the long ears and the green eyes are just great and clearly identify what kind of beast is this. As it wasn’t enough the four black wings give the striker the final look in terms of aesthetic.

Behind, the head there is what it seems to be a stand END_OF_DOCUMENT_TOKEN_TO_BE_REPLACED