Continuing with more revelations, the UCS Tumbler (lego 76023) will be one of the events’ exclusive sets joining the already known Guardians of the galaxy, Rocket’s Warbird and the Star Wars rebels set, the Ghost in miniature.

As far as the images show the vehicle, that is completely black, looks extremely detailed and with a lot of unusual bricks which makes this model awesome not only in terms of beauty but also as it concerns of building experience. The set will also include two of the most known DC mini-figures, Batman and Joker! 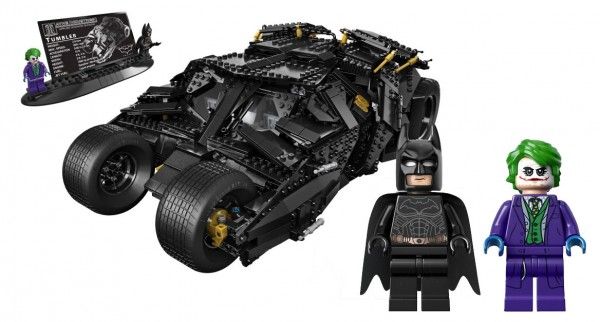 With almost nineteen hundred pieces, the car measures exactly thirty eight cm long and twenty three wide which are definitely considerable measures, and will retail in September on shop@Home and Lego Stores with a price of 199 bucks. Have a look at the pictures: