The great moments continue with these three themes. In terms of Pirates, there is a feeling that is more of the same because the ships have globally most of the times the same structure despite is different details or features. There we also some traditional Portuguese models such as the Portuguese Caravel and the Admiral ship among others.

In terms of buildings there were at least two that really impressed me, one of them the great fortress, which is a sort of white castle with plenty of battlements and cannons and also a nice old regular set of 1992, the Imperial trading Post which you can take a deep look at the extended gallery. 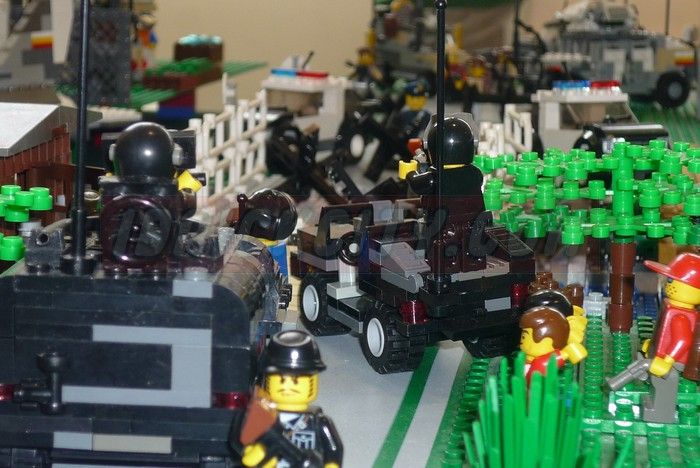 Taking a glance to the kingdom or castle, if you prefer, the great MOC’s definitely ruled. There was a nice cathedral with a great green landscape nearby (the Dragon on the top was surely very good), a considerable number of ancient houses, that constituted a nice village (a single appointment, there could be a large number of mini-figures) and finally some nice middle age armies properly equipped with all the bunch of necessary accessories that a soldier should have! 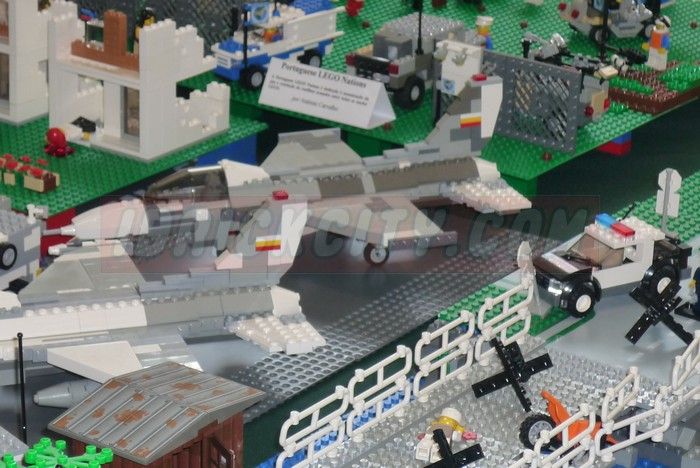 Finally, there was a huge quantity of nice models in terms of war or battle theatre and also some great armies. Tanks of multiple sizes, big helicopters, war ships, 2nd world war scenarios as well as detailed aircrafts, were some of the huge creations that all the fans could find and enjoy in this part of the event. On the other hand, although in small number, there were some nice SWAT vehicles, clearly inspired in a few known city models.

Please have a detailed look at the extended gallery: