Star Wars, Space and some other nice MOC’s were also present in Oeiras, last weekend. There was nothing particularly new in terms of new sets but is always a pleasure to see models like the big death star (10188), the millennium falcon (10179) and the B-Wing Starfighter as well as some nice creations. Yoda as you can see in the galley was definitely pretty accurate!

Having a look at the space presentations, there was a mix among great scenarios, older regular sets and vintage models. It was nice to review old models with more than twenty years such as the Galactic Mediator (6894), a lunar base with tall buildings and lots of space vehicles, and the old Alpha from the TV series Space: 1999. 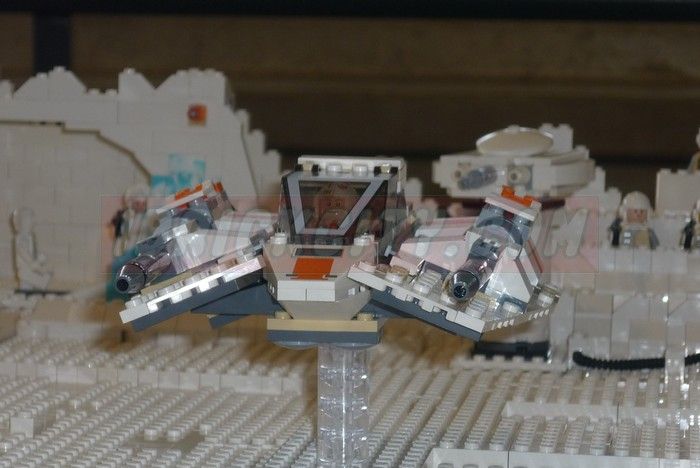 There was also a huge creation of a big fortress in a desert area where the space patrol fought the big enemy.  And I must say that the blue space patrol was well served in terms of armament because besides the dozens of soldiers they also had a bunch of tanks, cannons and also a few space craft’s. 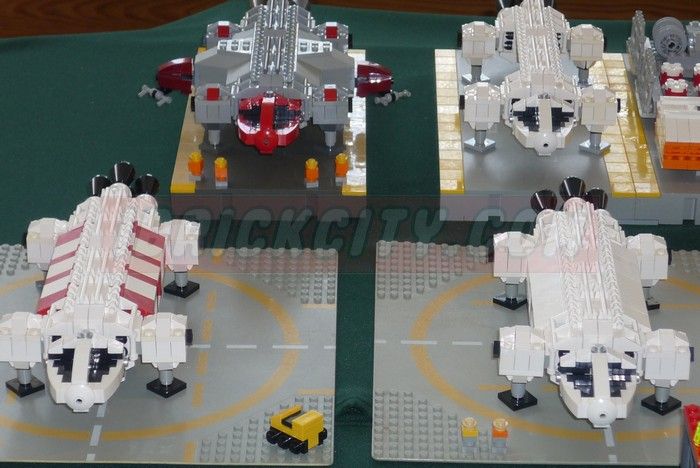 Finally, there were also some other themes, present with a minor expression, but at the same time keeping the usual beauty such as the monster fighters (this one for instance showed a few great MOc’s), cars or even the 2009 Pharaoh’s Quest.  Have a detailed look in the extended gallery: