Oeiras has received this weekend (26-28th April) the Largest Lego fun event in Portugal. The Leões of Port salvo sports Arena with more than 1300 square meters looked pretty small to show such a huge quantity of environments, creations, and regular sets of several themes such as the city, friends, technics, star wars and Mindstorms among others.

I‘ll divide this review in a few posts with the purpose of presenting three or four themes on each one. The first post will show a sort of best off of the city, farm, a few trains and a great football stadium. 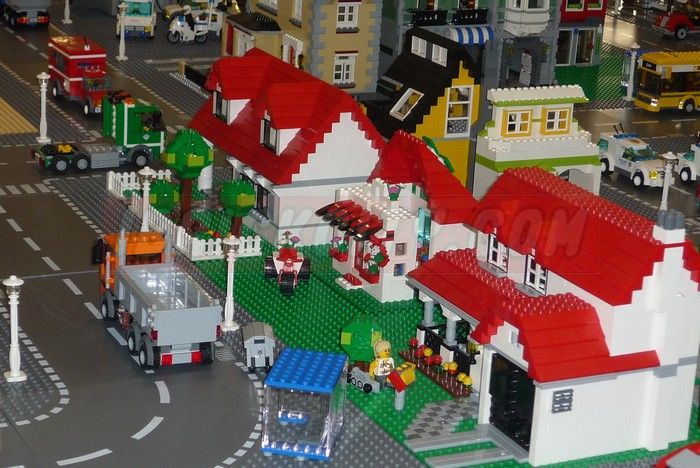 Having a look about the presence of City theme, there was a mix among new vehicles (I remember the new ambulance, the smart, the airport red plane slightly rearranged) vintage houses and cars, and great MOC’s specially in terms of buildings. The beach scenario and the river with a bunch of nice details all around were also really nice. I noticed also the presence of a small but important car to me, the little tow truck that belongs to the new car parking garage (4207). It still a mystery to me why is so difficult to find it on stores!

Having a look at the farms, there we’re a few of them with lots of plants, vegetables, flowers, sunflowers and of course a bunch of nice vehicles and facilities. I especially enjoyed all that green part and also a nice milk factory with the railway nearby. 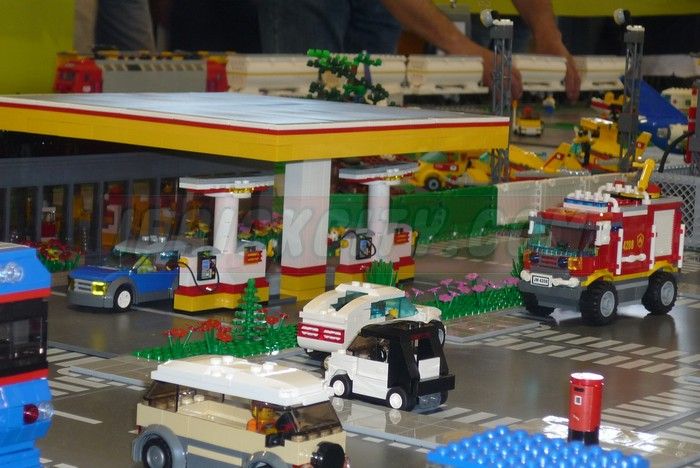 Talking about the trains, I must confess that there weren’t much this time, but most of them were gladly in movement. There were also some nice creations, some of them inspired on Portuguese trains as well as the more common city passenger train – 7938. In terms of stations there were some nice Mocs that you might see in more detail on the gallery.

Finally there was an amazing football stadium with two big countertops with lots of seat and supporters of both teams. These were lined in the middle of the field greeting the crowd and the teams with similar uniforms didn’t pinch all the beauty of this majestic building. Please take a look at the gallery: