A picture with a couple of new Ninjago Movie sets has been discovered in a German Website, The new sets are the Piranha Attack (70629) and the Quake Meck (70632). There’s no official information but through the picture it is possible to see that the Piranha Attack will be composed by two strange vehicles and four mini-figures.

The Quake Meck will be slightly bigger and besides the Meck, whose main general curiosity is to see if it stands alone by itself, will feature also five mini-figures with assorted accessories. Honestly I’ll certainly pass these two! 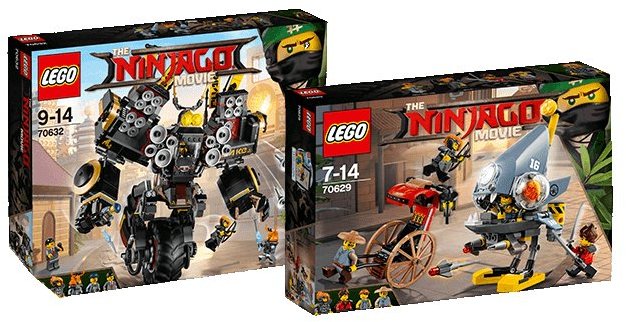 The sets will presumably be available on retail next December.