Lego has decided, this Christmas, to present their employees with an awesome but extremely limited set, the 50 Years on track, which marks the 50th  anniversary of the first Train release by Lego.

The seat has around one thousand and hundred pieces and includes 6 locomotives of different decades: a motorized train Set from 1966, a Western Train (1976) the Monorail Transport System (1987) a Metroliner (1991), the iconic Emerald Night (2009) and finally this year’s Winter Holiday Train. 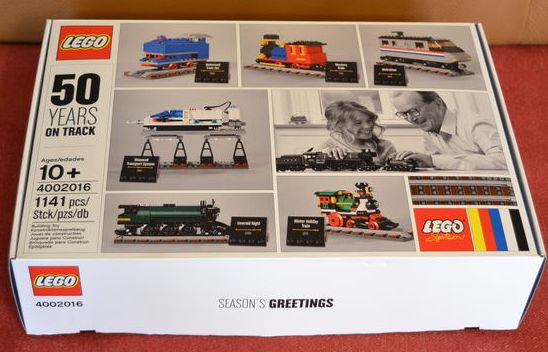 The set won’t be available on stores, however it can be already found on secondary markets like here or here, for instance. Prepare your wallets because it won’t be cheap! As a curiosity, a single mini-figure worth already 40 bucks!