Two of the new Teenage Mutant Ninja Turtle Sets have appeared in Bucher, a German retailer. The set box pictures are sufficiently clear, for me, to see that I’ll certainly pass these two sets. The turtles look really nice but I think that you have to be a true fan of these guys and know the entire context to really enjoy these sets.

The T-Rawket Sky Strike (79120) features two vehicles (the long one, a sort of aircraft, looks quite interesting) and four mini-figures. The Mutation Chamber Unleashed (79119), besides the chamber, that honestly didn’t excite me at all, presents two mini-figures and Spider Bytez, a man one named Vic and later named by Michael Angelo (actually this guy is one of its worst enemies.

Both sets will be available next summer. Have a look at them! 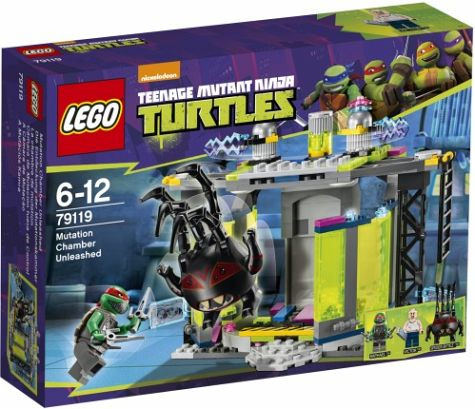 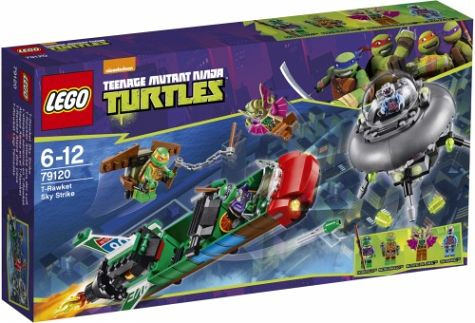