The official Homer Simpson Mini-figure has recently surfed on ebay. As you might have heard the Simpson is a new 2014 theme that will soon be available on stores and a few weeks ago, a previous speculative version was shown and there were already some nice details included but now, finally, we can observe the official Homer Simpson.

The yellow head with the brown beard and the roguish smile is quite similar to the unofficial image and represents perfectly this great cartoon’s characters. The white shirt with the card on the chest as well as the blue trousers reveals the usual work uniform that he used to wear most of the time. 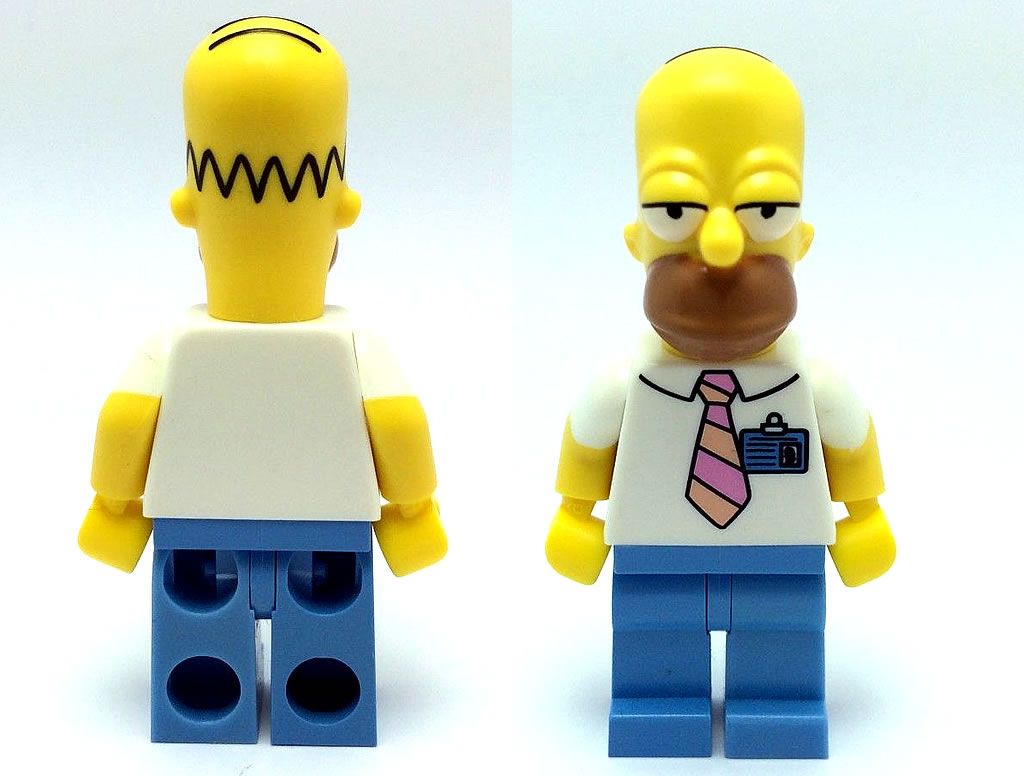 The printed tie and the card next to it look pretty nice but on the hand I must say that I don’t like those arms. The picture might not be the best because it has a white background but that mix between the white and the yellow just didn’t convince me yet! Have a look at the guy and take your own opinion!