Finally the alternative models of four Lego Movie sets have been revealed and the first impressions are really positive because they certainly transform the originals in more normal vehicles and why not, much prettier!

As you can see through the pictures, the strange flying machine gives place to a very beautiful Ice cream Van (70804), the ugly green “Monster” (70805) features now a more traditional Garbage Truck and finally the Castle Cavalry that originally showed us another strange aircraft is now a tall fortress of the blue army with a nice impressive black gate in the middle.

Besides these three, the Flyer Flusher (70811), the one that was inspired in the traditional Police is now converted in a more conventional Police Van with some additional accessories around!

Which one do I like most in these 2×1 sets? Definitely, the Ice cream Van, my little town waits for it! Meanwhile have a look at the pictures and take your own conclusions, the picture above belongs to the Ice Cream Van! 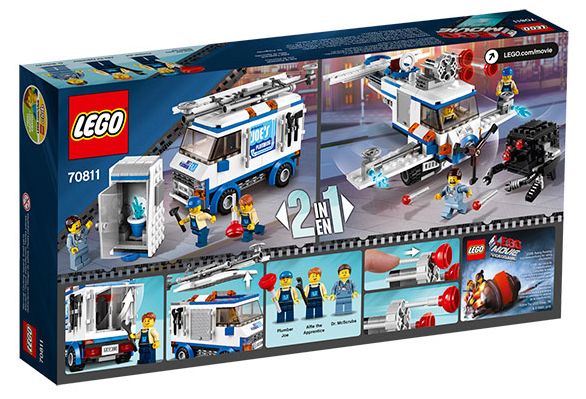