A couple of weeks ago, two new sets of Teenage Mutant Ninja Turtles had been revealed. Today, finally, another four revealed their sets boxes, giving a clear idea of the sets not only in terms of size but also in terms of features. The expectation is that all of them will be on stores in the beginning of the year.

Besides the Lego 79102 (Stealth Shell in Pursuit) and the 79104 (Turtle The Shellraiser Street Chase) there will be a lab escape with plenty of color and at least a great mini-figure, a big dragon bike with three nice mini-figures, a hot pursuit with a bunch of weapons and finally a big robot. I must say that I’m impressed with the amazing diversity of colors on every sets. 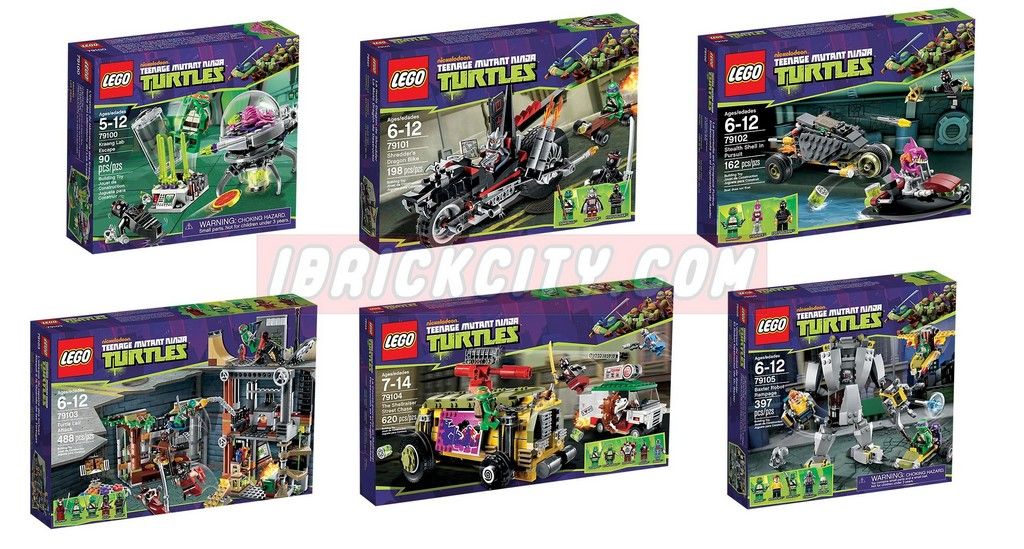 Have a look below at the new set boxes’ pictures

which in my opinion have already a decent quality: