In the past few hours, a couple of new images with reasonable resolution have surfaced on the net. Although they don’t have any Lego logo, they seem quite real and surely give a clear idea of what’s it is coming up next about the new sets, 79102 Stealth Shell in Pursuit and the new 79103 Turtle Lair Attack.

These two TMNT sets look pretty different from each other. The Stealth Sheel is apparently a fifteen dollar set with three mini-figures that by the picture look, Fishface, Raphael, and a soldier, a nice jet ski and a sort of war vehicle with a great armor and side missile launchers (looks like it came out from Mad Max movie…)

The Turtle Lair Attack, 79103, is a pretty bigger set with a a couple of buildings (one of them has three floors) with a bunch of endless details, features and weapons. By the picture above, we can also see that it will have five nice mini-figures: Leonardo, Raphael, Splinter, a foot soldier, and a dark ninja.

Please take a look at the new images and see for yourself the new sets: 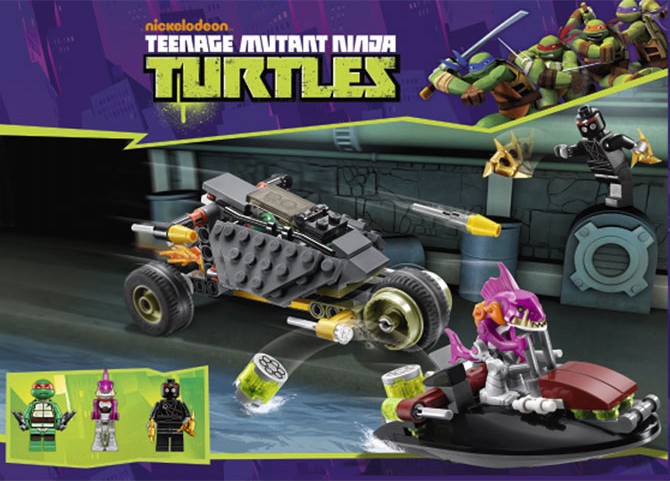 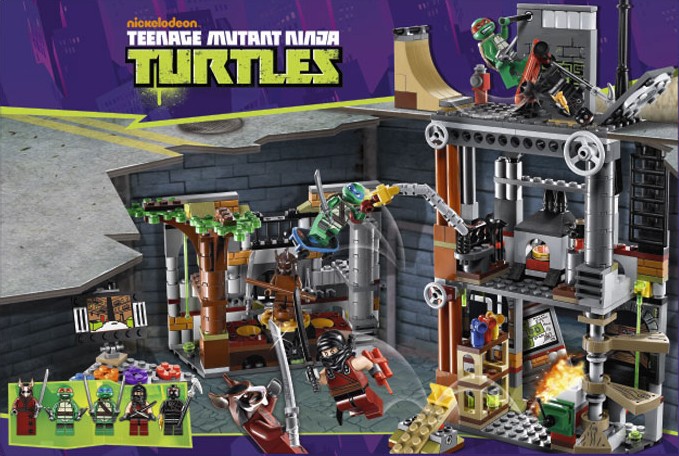