The first snapshot of the next wave of Teenage Mutant Ninja Turtle sets has been surfing in the internet. The image for now isn’t the best but it is already possible to see the four Ninja Turtles and also a couple of the news sets.

The two new sets in the picture seem to be the Mutation Chamber Unleashed (79119) and the Turtle Sub Undersea chase (79121) and show in the first case a big chamber with yellow walls and in the second a powerful machine with a huge cannon and lots of action. The mini-figures aren’t very clear but I think that is possible to see a few new guys (Bytez Spider, one of the villains of the TMNT, for instance) in action. 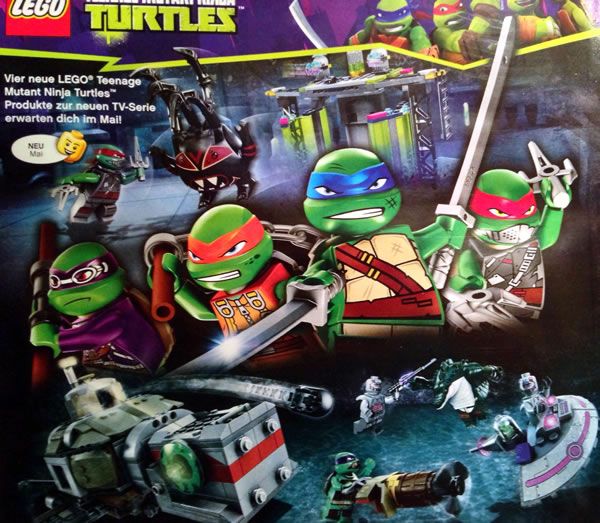