The first image with some of the sets that will make part of next nwxt wave of Marvel – Guardians of the Galaxy Vol 2 sets has been surfing in the internet, showing three new scenarios with some nice stuff to enjoy.

The sets are: Ayesha’s Revenge (76079) with three mini-figures (Rocket, Taserface and Mantis), Ravager Attack (76080) that will include five characters (Star-ord, Yondu, Ayesha, Nebula and Baby Groot) and finally a third one an improved version of the Milano Spaceship Rescue (76081) that will feature at least three mini-figures. 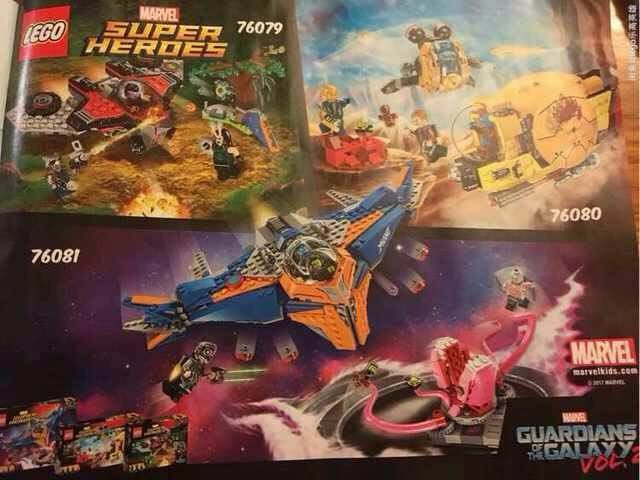 Exact details like prices and availability are not known yet but shortly we’ll see some more about it!

Via The Brick Fan