Lego club has presented the fans with some new instructions about how build a new Iron Man’s Laboratory. With more than four hundred pieces, I would say, looking to the manual, that it is quite interesting in terms of building experience but on the other hand it is a bit difficult to join all the necessary bricks.

The Lab is built up on a 16*32 gray plate and the two walls are basically made with glass and straight bricks which have between two and eight studs wide. The floor is mostly made with 2X2 grey pieces, most of them flat which is also relatively easy to get. 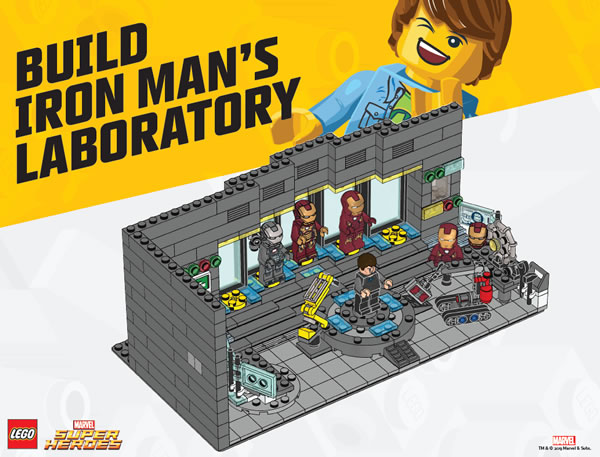 With great details in the inside, namely the accommodation of the several Iron Man’s figures, the small robot, and also the control panel and lights all over the wall, this creation looks definitely a good complement for instance for the new Marvel set, Malibu Mansion attack (76007). Please, have a look at the instruction’s file that can be downloaded right from here (30MB).