The Quinjet Aerial Battle is one  Marvel’s sets released this year. With more than seven hundred pieces it has five nice mini-figures which are an Alien soldier, Thor, Iron Man, Black Widow and Loki with its great helmet. Besides them, there is also a Chariot with two parts and of course the big attraction: The Quinjet.

The small Chariot (small if we place it side by side with the big ship…) is very simple to build and has two independent parts attached by a small technique piece. At the front there is room for the soldier which has at its disposal two major weapons. At the back, slightly elevated, there is the second platform for Loki. I must say that not only the color combination is very beautiful but also that the mini-figures stand correctly in the small ship. 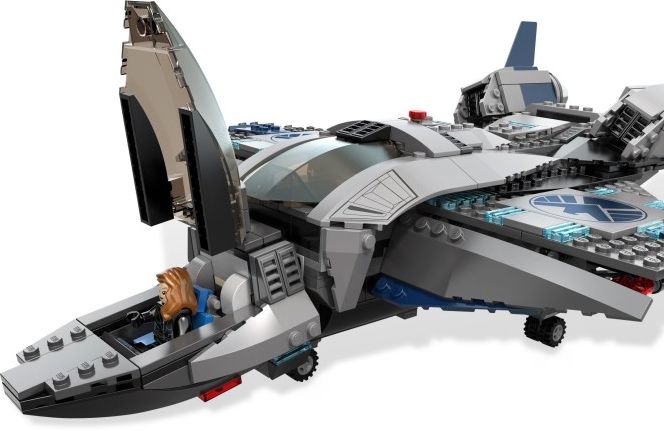 Talking about the big attraction, it takes a while to be built, but in terms of playability it worth the effort. The feature’s list is huge: it has some flick missiles, a small prison, a mini-jet and at the back there is a nice lowering ramp. The mini-jet can also be launched through a clever mechanism, all you have to do is pull the red bottom near the cockpit. 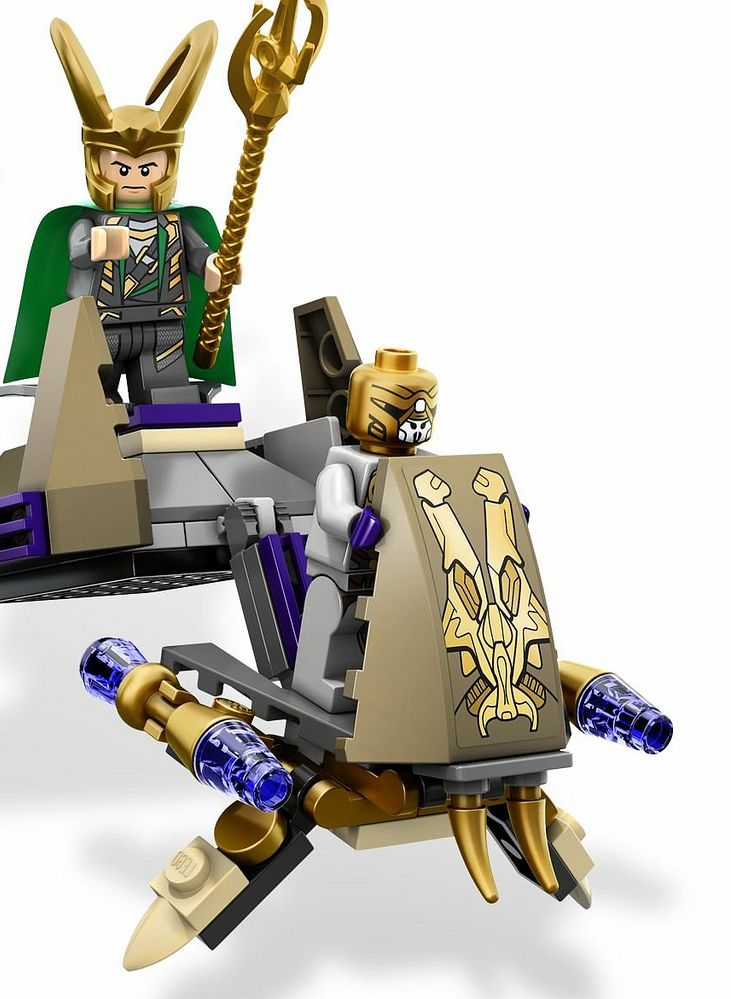 Talking about this one, it is rather large with a straight nose and opens easily in order to increase the access and the playability. It is built separately and then attached at the end with some pins to the rest of the ship. Talking about this one, the main body besides it enormous wings, engines and weapons, has also a nice control room a small prison which apparently has space for a couple of guys and a ramp at the back. 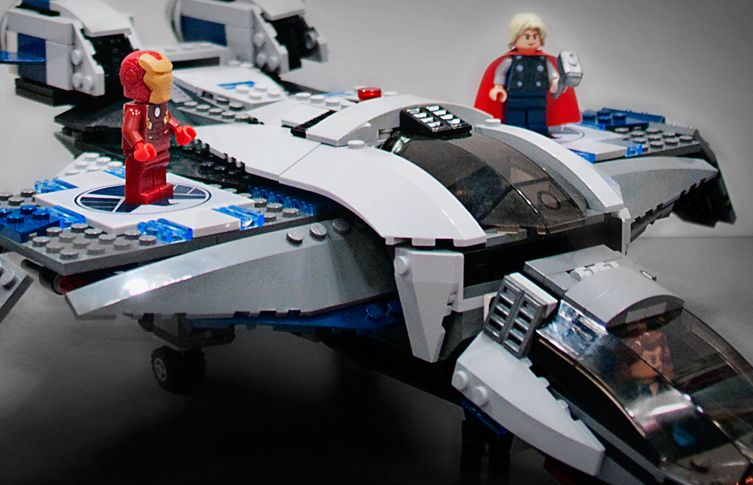 The worst part? Surely the price. Seventy dollars are quite a number even if we talk about a big set such as this one. The instructions and the comic book can be found right over here: