Released in 2012 spring, this Marvel’s Set recreates a couple of moments from the movie Avengers. With three detailed mini-figures (Iron Man, Loki and Hawkeye) the set’s core is basically the blue and big truck driven by Hawkeye. However the mini-figures are also a must and an added value to any collection.

Iron Man’s mask is quite unusual as well as its suite, Loki has an incredible heat and also a green blanket and finally Hawkeye has plenty of style. Its face has even printed a pair of sun glasses. Talking about the truck, when you start building it you will notice that there aren’t many major differences comparing for instance with other city vehicles. 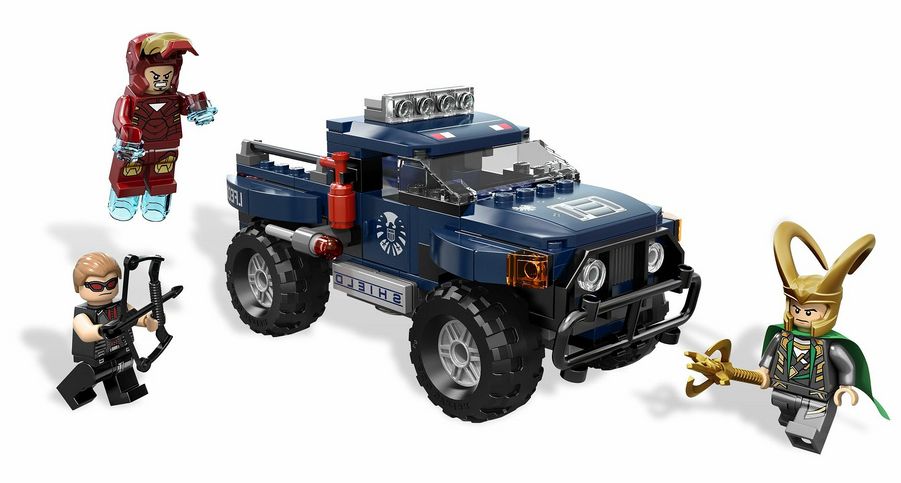 I would say instead that some details were nicely improved. Which ones? For instance the wheel axes are bigger, the gearbox’s lever in the cockpit, the black bar at the front of the engine, and the unusual side doors. On the other hand there are also plenty of nice accessories to play with. 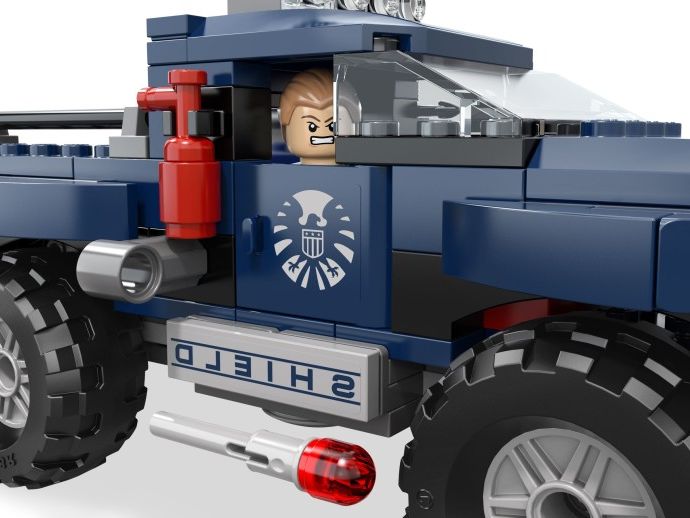 There are some side rockets near the doors, an extra bar at the front, and the trunk has plenty of space to carry a bunch of things. Finally there are also a couple of sticks at the final, but personally I prefer the sets without them. 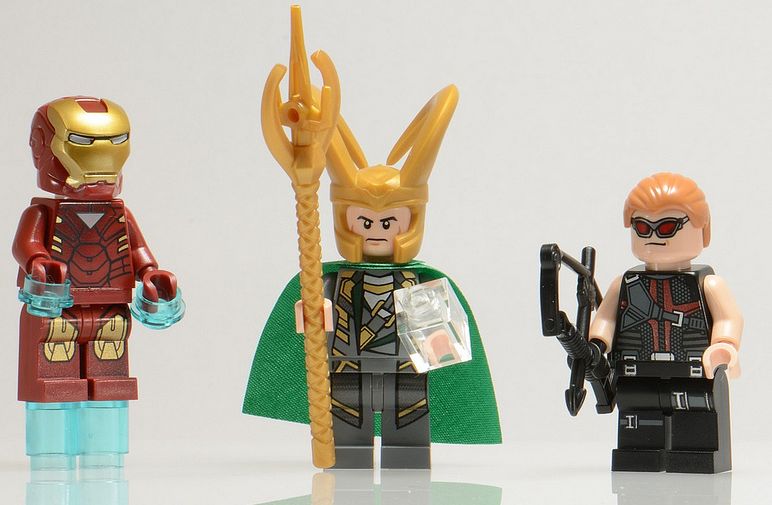 Twenty Dollars for about one hundred and eighty pieces look like a fair price. If necessary the instructions and the extra “comic adventure” can found at the link below:

Please take a look at some additional photos: