A batmobile, a crazy truck and a bank, all in one box. That is quite a motive to have a close look to this Super Heroes’ Chase. This set is based, as you can imagine, on a bank’s robbery made by Two-Face and its friends. These three fellows, batman, and an officer compose the scenario of a very colored set.

The small bank is surely a small but very interesting building, specially its color. With an old style it has a door and an easily breakable wall to allow the truck’s crane to steal and hold the green safe. This one is also very realistic and it has even a big lever to open the big door.Talking about the truck, most of all, the unusual color mix (purple and orange) is the highlight point.

Besides that it remembers a bunch of city cars, only with the difference that the chassis is slightly raised. The main reason for this is the big wheels, rather different from the usual. But the fun doesn’t end here, because the truck has plenty of nice stuff. 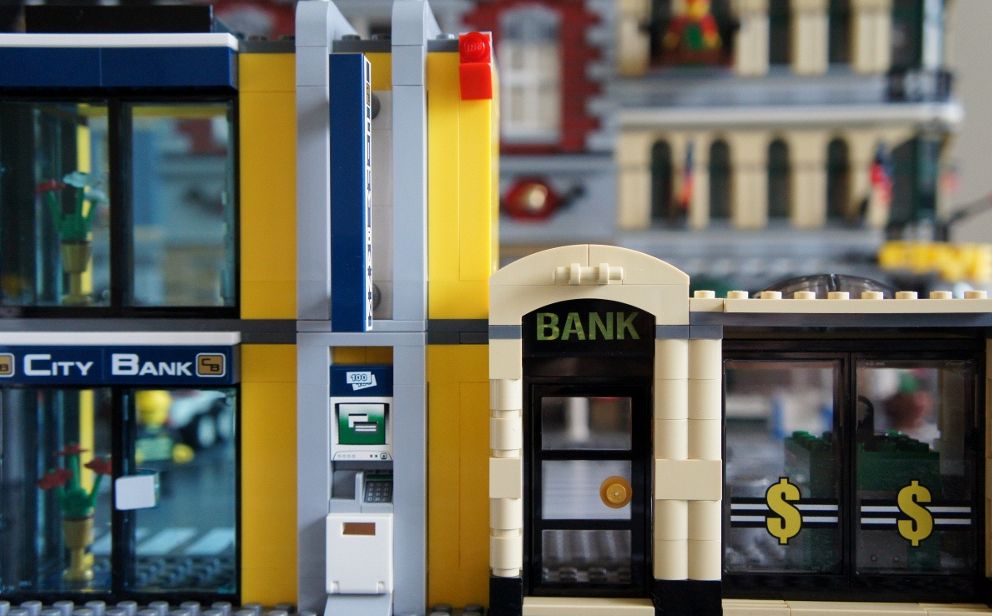 Starting by the crane, which is very competent, passing through the big machine gun and ending at the rockets on the other side. With this vehicle I would say that the bank would be easily robbed. On the other hand, the bat mobile is the same of other sets and for me, the best parts are definitely the cockpit and the flames, at the back. 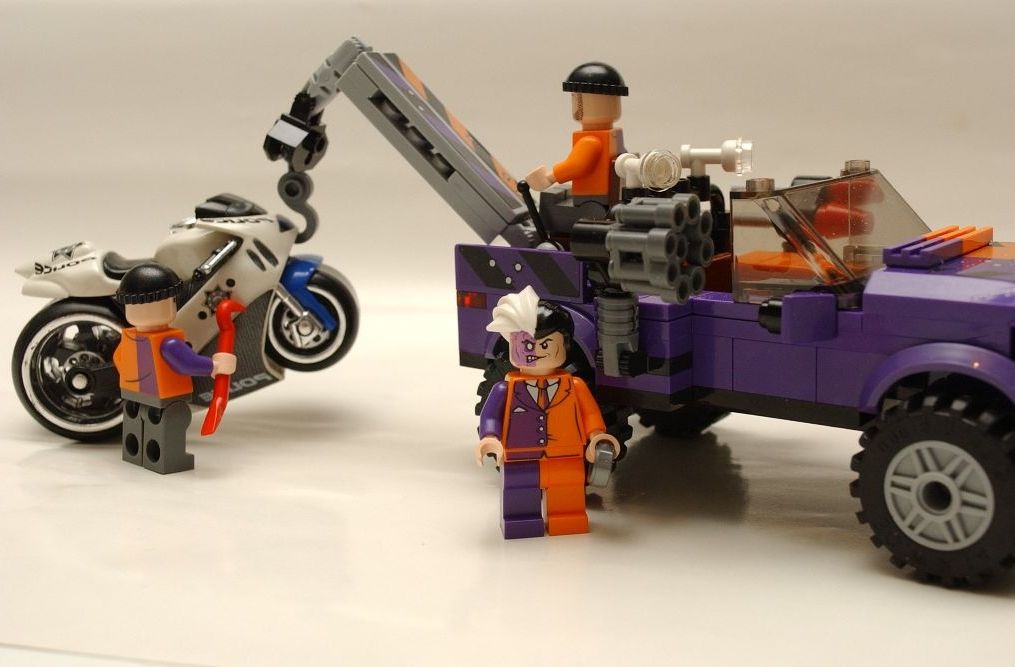 The mini-figures are also very well detailed and especially the Two-face’s guys are a good addition to any mini-figures collection. Fifty dollars look like a fair price (according to the average prices…) for the set. More than five hundred pieces, two vehicles and a small building justify it. If desired, the instructions can be found right here:

Please take a look at some additional photos, below: