The Batwing Battle is a downgrade set comparing with the 2006’s Joker’s Aerial Assault (Lego 7782). Not only in terms of dimension (the oldest has more that five hundred pieces and this one has less than three hundred (almost half!!) but also in terms of value for money (it perhaps is worst in this theme) – it costs about thirty five dollars. If we forget that comparison, this average set has two interesting vehicles: the Joker’s helicopter and most of all, the Batwing.

The Heli is very simple and small – similar to other heli’s from other themes – which leave no room for more than the cockpit. This one has a windshield that is simultaneously the access to its interior and it opens completely in order to increase the playability. The funny things of this heli are perhaps the rocket side launchers and the big central gas bomb, below the cockpit, which is shot forward through a red button at the back. 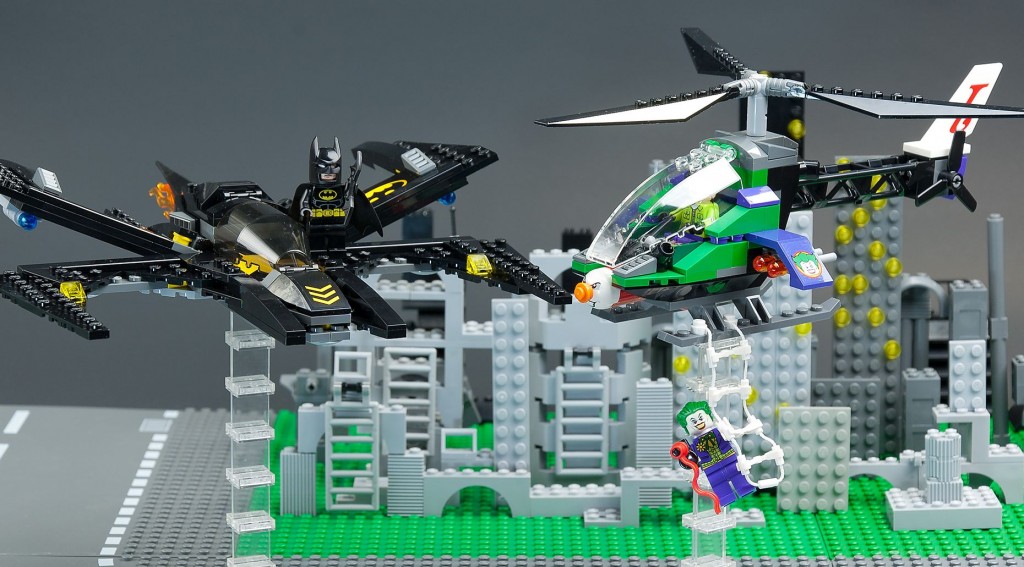 On the other hand, the batwing, for those who don’t have much contact with star wars, is a nice ship. All made with black pieces, its back wings are the best part because they not only have missile launchers but also because they strategically shrink every time you want. The cockpit for batman is very simple and it only has a couple of handles to pilot the ship. 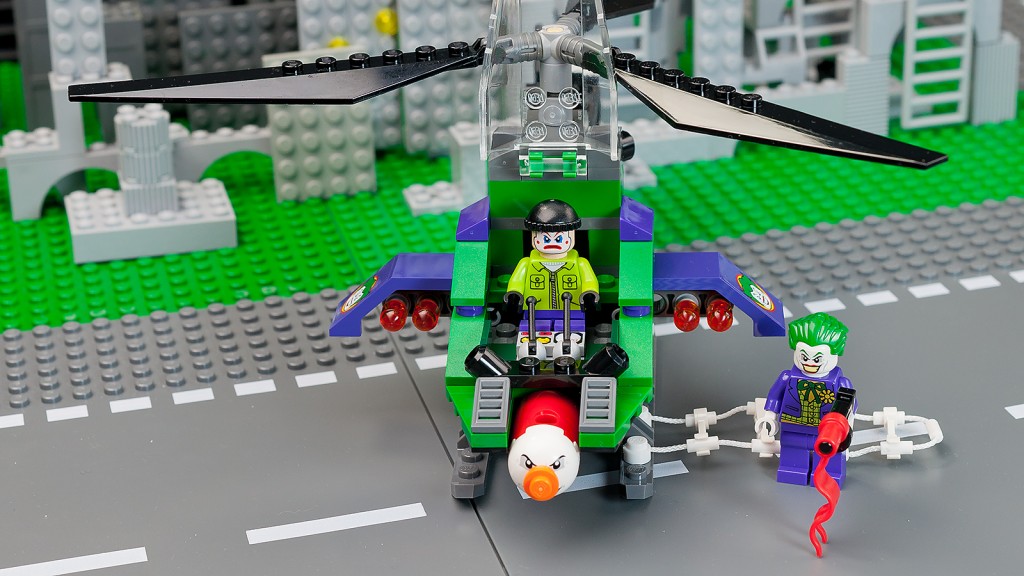 The mini-figures are three, Batman, Joker and its Henchman, and at least two of them are easily found in other sets, so these are not a motive to buy it. Talking about money, thirty five dollars are in my opinion a bit exaggerated, according that DC universe’s sets are not usually the most expensive.

If necessary, the instructions and the extra comic book can be easily downloaded from lego database:

Please take a look at some additional photos: