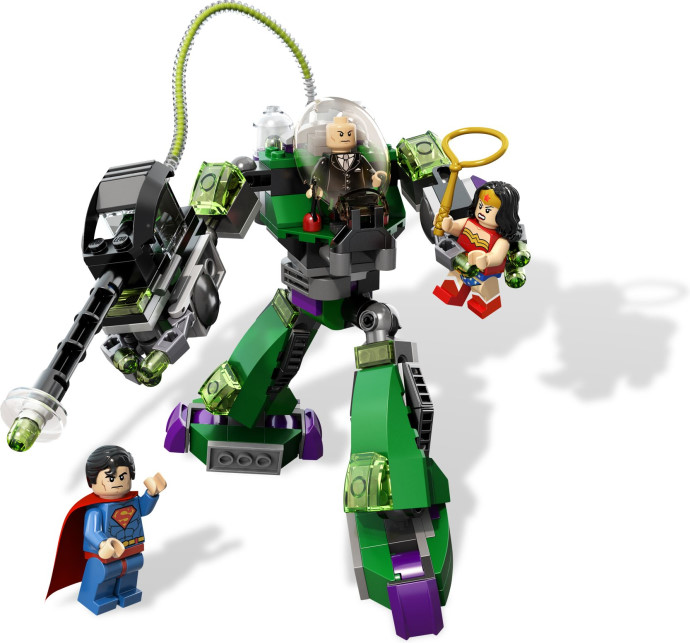 Legs, feet (throuth the previous), the cockpit and the arms (previously attached to the cockpit), every parts will connect there. The blaster attach to the arm is also simple to build and it has a flexible tube which will attach to the back. Finally there is the transparent cockpit. 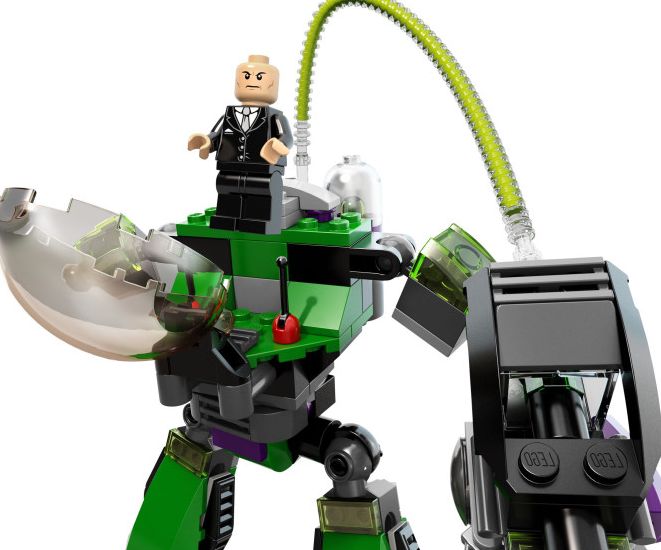 It is rather small but has the necessary space for Lex Luthor, and for a couple of handles to manouver the robot. For twenty dollars it is not bad, far away from that, but for the price, I would say that are sets with better playability. If desired, the comic book and the instructions can be downloaded from here: