Pictures of two new Star Wars The Force Awakens polybags have been uncovered on Brickset. The first one is Fin (30605) , a Stormtrooper mini-figure and the second one (30278) is a pretty accurate miniature of  Poe’s X-Wing Fighter (75102) that has recently been released last Summer.

The Storm Trooper seems to be a nice figure with a detailed white suite and an additional weapon. The bag seem to have a code, in a blue stamp, which might indicate some sort of access to a feature in a new Star Wars the force awakens video game. 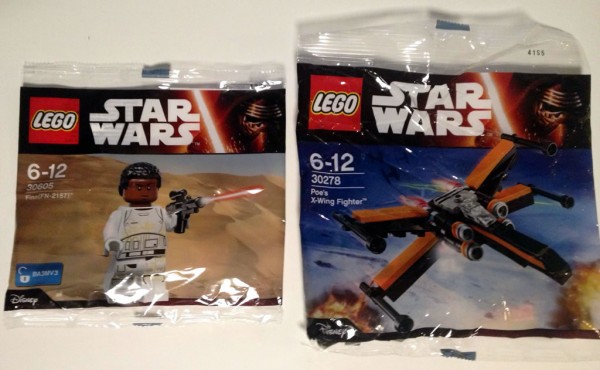 The small X-wing star fighter looks fantastic for such a small set (it has around forty pieces). The shapes and the color scheme are the same and honestly the only con will be the fact that probably it will be a retailer exclusive. Unfortunately, for now, there are no additional details about but I’m sure that we’ll soon ear some more about them