An image of the first polybag of the new Star Wars The Force awakens wave of sets has been recently posted on Promobricks. The bag brings a really awesome C-3PO composed by three pieces (consequently it has no kind of accessories) with plenty of golden details all around and dark red on its arms.

Rumors also mention the possibility of two additional polybags, a First Order TIE Fighter, that being true will be available, together with the C-3PO, only next November as a Toys-r us exclusive and a First Order Snowtrooper that will probably be seen next September 4th during the Force Awakens official presentation. 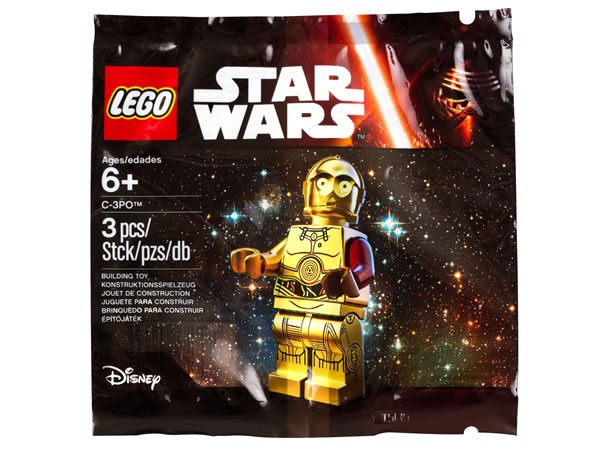 As it concerns to this new golden guy, I especially enjoy its highly detailed printed body and I must say that I’m quite curious about a few additional pictures about the back. Enjoy it!