The Droid Escape is a new star wars set, released this year. It is not very big but it has four-mini-figures: two storm troopers, a R2-D2 and a C-3PO. Besides them, the set has almost hundred and forty pieces, which makes it a very easy and fast set to build. The set comes with a speeder bike and of course the Escape Pod.

The bike is very easy to build and I especially enjoy its front part. It looks like a light version of the sandspeeder’s bike. But with a nice design, the bike is very cool and at the same time compact. The troopers are a must in any collection and these two have also two lasers. 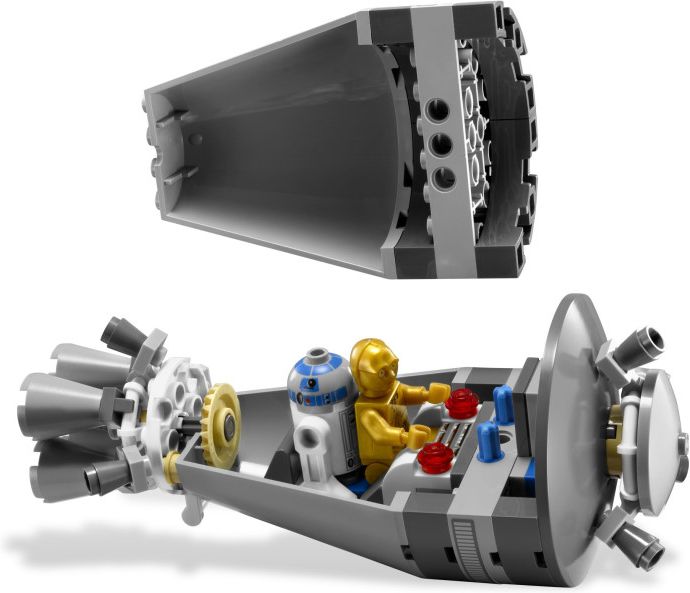 Building the model has nothing too much complicated. Starting with one of the two twin pieces, which is the base for the controls, then pass to the engine and the rockets (the gathering mechanism is quite nice), then the base with the three supports and finally the other twin piece. Inside there is room for the R2-D2 and for the C-3PO.

Overall is a good addition for the star wars theme. The Pod is very realistic, which is a tendency in this year’s sets and have some nice pieces that can be used for some MOC’s. It is not a cheap set if we look at the number of the pieces, but to balance that it brings four mini-figures. 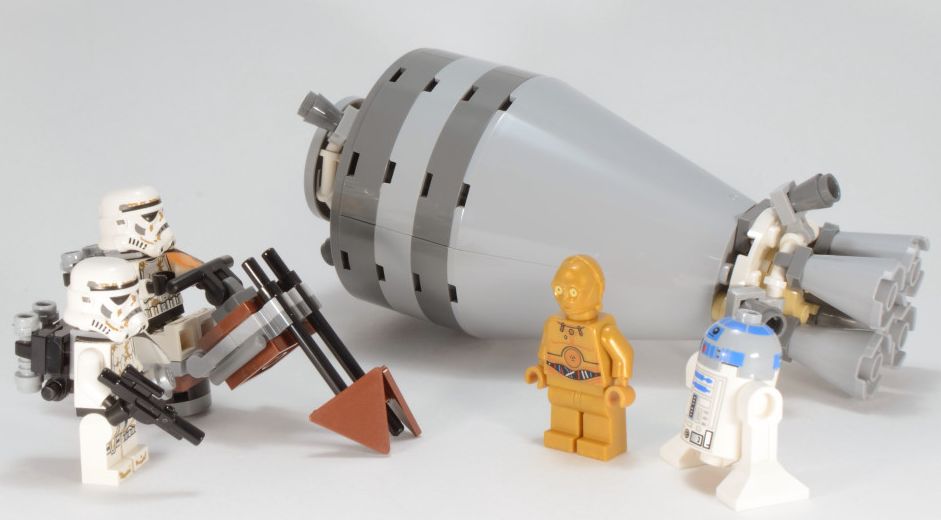 If necessary the instructions are right here: