The new star wars polybag (30605 – Finn (FN-2187)) that seems to be already available on retail brings a very pleasant surprise, a small sheet with a picture that includes the eight new sets that will be part of the first 2016 wave.

The image isn’t the best in terms of details but I must say that I’m quite curious about a few of them, namely the Hoth attack (75138) and the Obi-Wan’s Jedi Interceptor (75135). In addition, it looks like that there will be good opportunities to get a few star wars mini-figures without having to spend a lot of money, namely for instance with the Heroes battle Pack (75131) or the Villains Battle Pack (75132). 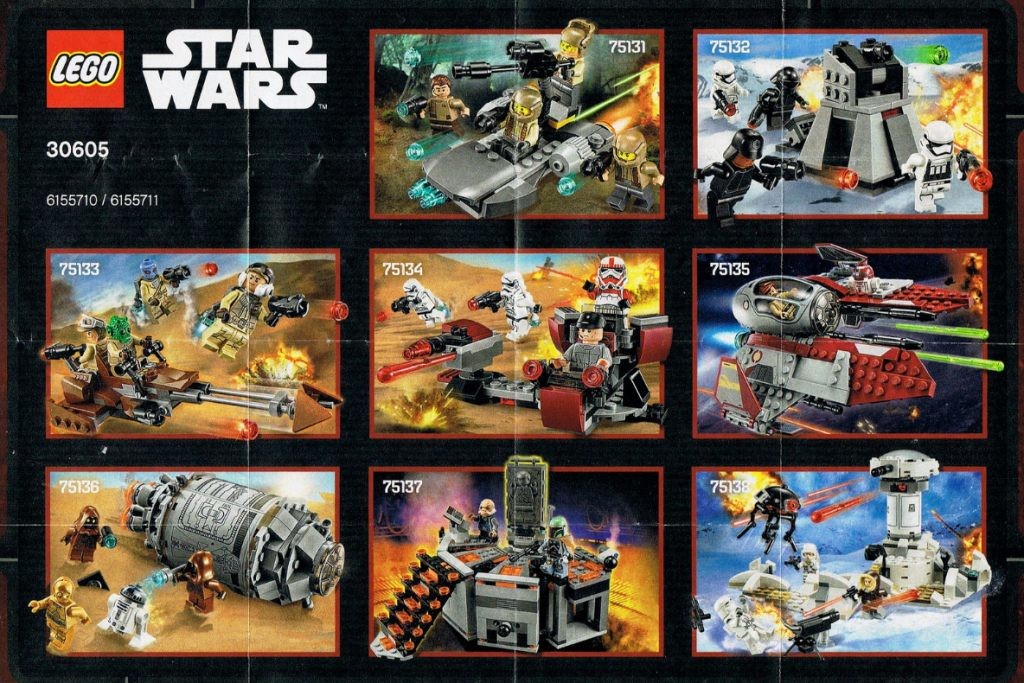