The end of the year is almost here as just as we get close to it, images and details of the 2016 sets are starting to surfing more intensively in the internet. And this time the “victims “are the star wars mini-figures that will be part of the next wave of sets.

In the image it is possible to see the twenty eight figures, all of them with pretty nice details. There won’t be any set with more than four guys and the set with fewer mini-figures will have two (which isn’t necessarily the smallest). It’s hard to pick a favorite but if I had to choose, I would certainly point my attention to the four soldiers of the Heroes Battle pack (75131) or to the golden C3PO of the Droid Escape Pod (75136). 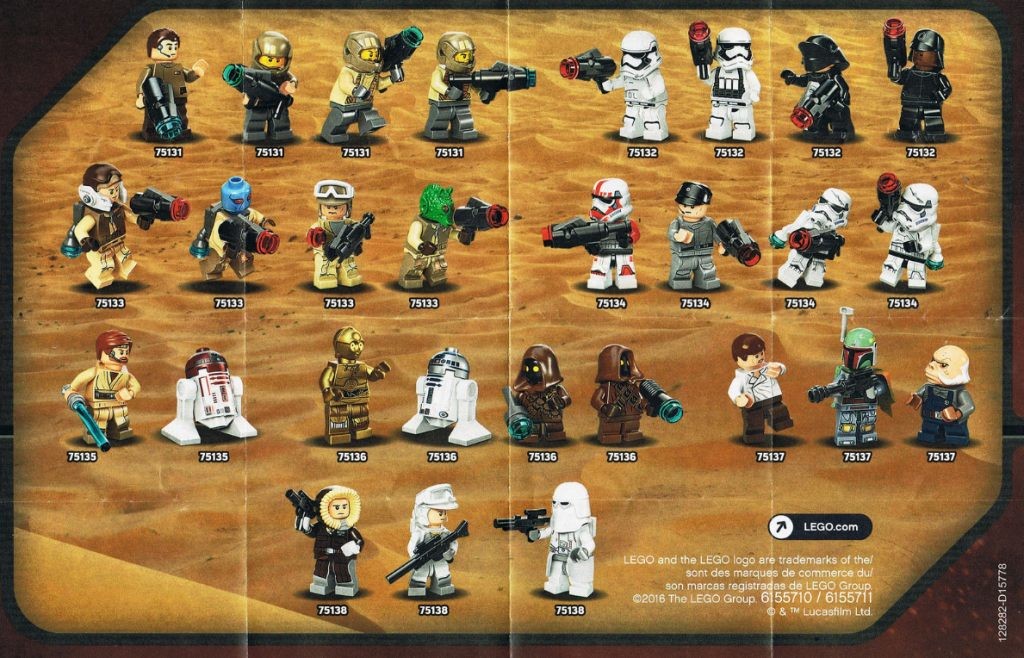 Have a look at them and enjoy!