The names of the second wave of the Star Wars buildable battle figures have been recently revealed, once again on Eurobricks. A First Order Snowtrooper (in the picture) was already revealed at SDCC, last June but the rest of the figures were still unknown.

In addition to the First Order Snowtrooper, there will be five new figures: Kylo Ren, Captain Phasma, Rey, Finn and Poe Dameron, all of them from the Force Awakens Episode. The six characters will be available next January and should retails around the twenty dollars. 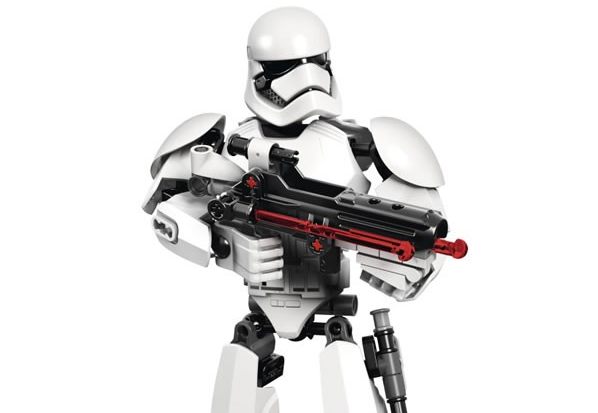