With such an enormous variety of sets released this year, Star Wars was surely one of the themes from which I would expect a couple of super packs for Christmas. And I wasn’t completely wrong because according to some reference sites there are, at the moment, a few super packs ready to be released. 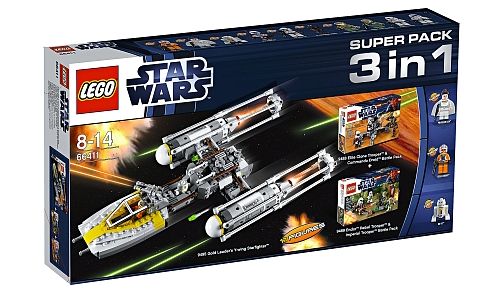 Take a close look to the sets that will be included in the 3×1 superpacks: