The Simpsons, one of the most enthusiastic American series, is really going to the production line. The information isn’t properly new but in the beginning there were some doubts about its veracity. However recently Mads Nipper, a Lego Marketing director confirmed that characters like Bart, Marge and Hommer will surely be true next year.

The focus is to start with a small production and eventually increase it as soon as the fans response is positive. It’s true that in United States the Simpsons is a big and epic series but Lego is a global brand and there are other markets where this theme is not so popular. The Brickset has an interesting translated text of a Danish newspaper, dr dk Today that has additional information. 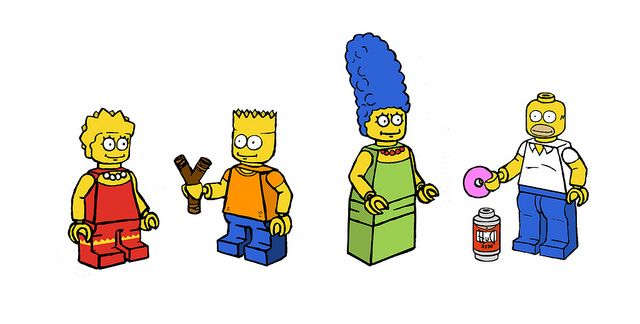 Please have a look at it:

“One of the most-loved, arch American families are now emerging as LEGO figures. These are the yellow cartoon family, The Simpsons.

There has long flourished rumours of an impending romance between 20th Century Fox Television, the production company behind the successful series, and LEGO, but only now being co confirmed.

We’ll see Homer, Bart, Marge and the others next year, says Mads Nipper, marketing director with responsibility for product development, marketing and sales of LEGO.

The launch of the characters is a “small product news” in the beginning, but if the reception is strong enough, can quickly turn up the production. It will be a small launch, but it will hopefully be fun and exciting for those who like the Simpsons universe, says Mads Nipper.

The target audience for The Simpsons are teenagers and adults, but there are also many children who know them, says product manager at Top Toy, Carsten Nielsen. He has seen the figures as they appear in the 2014 catalog, and he says that “they are really well made.”

A possible set list has recently appeared on reddit website with five sets. At this point rumors have to be considered very carefully but this full hand that compose it looks pretty consistent in terms of price range and size. It is also mentioned that they will be released not in 2014 but next December.

Please have a look at them: